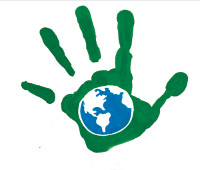 A Global Climate Convergence from Mother Earth Day to May Day, 2014, seeks to bring together the scattered movements necessary to secure economic justice and planetary survival. The Convergence is calling for global mobilization and local action, including people’s movement assemblies, trainings in direct action, and building legal and financial support preparing for a possible Global Climate Strike to shut down the engines of economic and ecologic destruction.

One of the leaders is Tim DeChristopher, who recently completed a 21-month federal prison sentence for “disrupting” an illegal federal oil and gas lease auction in Utah. “It’s already too late to prevent a pretty catastrophic level of climate change,” he told Acronym TV, “but the ultimate outcome depends on what we do now. Do we act as an educated and engaged citizenry that is not afraid to hold the government accountable? Or do we act like we are afraid of our own government, and let corporations get to call all the shots?

“Climate change is not really an environmental issue. It is a paradigm, it is the context of our times. It is a human rights issue that is the context for all our other battles, for labor, for racial justice, against patriarchy.

“This is about overthrowing the current power structure, and reclaiming our power in a democracy, not appealing to those in power, but pressuring, confronting, or removing those in power. We cannot allow them to act like they are on our side when they profit from the status quo and have a deeply vested interest in preventing change.”
Join the Global Climate Convergence by contacting it at GlobalClimateConvergence.org.