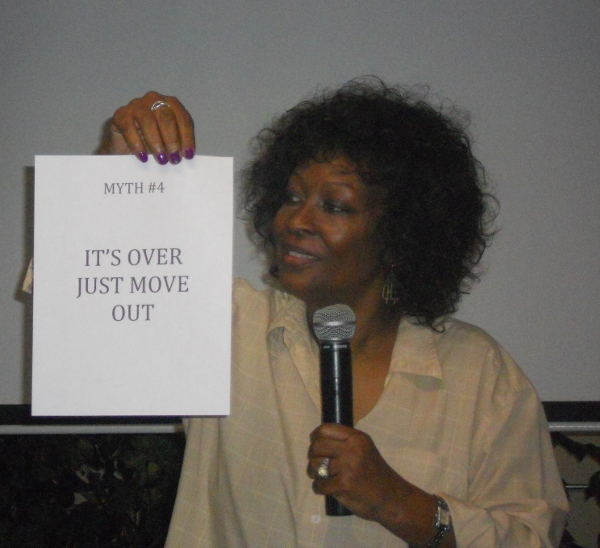 ONTARIO, CA — Fifteen homeowners who have fought foreclosure for five years called a town meeting at the Mount Zion Baptist Church in Ontario, CA on March 8 where they invited a civil rights organization from Compton, CA —the National Association for Equal Justice in America—to come in to help them fight for their rights in a county court system that is shutting them out.

Homeowners gave examples of how court clerks admitted to backdating documents, and how their homes were supposedly sold at auction on dates when no auctions took place. One told how their lender took out a $100,000 second mortgage on their home, which raised their payment by $500 per month, without even notifying them. Another, who qualified for a loan modification under the program offered by President Obama several years ago, found herself worse off because of it, after her payments were bumped up double after a year or so. Several homeowners, including an 85-year-old woman who had lived in her house for 40 years, described how Sheriff’s deputies arrived at their homes early in the morning and demanded that they get out in 20 minutes or go to jail. Four families that were not present in the meeting were removed from their homes at gunpoint. One person had at least 24 guns cocked and pointed at her person. A couple had 18 guns pointed at them. One was a Purple Heart veteran forced out of his home nude on open display to neighbors on the front lawn.

“They are not satisfied with calling us deadbeat homeowners. Now they are labeling us domestic terrorists,” said Gerri Watson. She described how her sister, Barbara Bratton, was arrested in June of 2013 on charges of domestic terrorism. She followed one judge’s instructions to go to the county recorder’s office and put her name back on the title of her home.  Barbara was probably charged by the Department of Homeland Security because she innocently used a corrective deed template that contained the words, “woman of God,” “sovereign,” and “constitutional rights.” A directive containing that language as an alert was sent out by the FBI in order to target a growing group of individuals calling themselves Sovereign Citizens, with which Barbara has no affiliation, nor subscribes to. Barbara, who had never even been arrested before, has been forced to wear an ankle bracelet for six months, while awaiting trial.

Sadly, these cases are not isolated. Other innocent families and responsible homeowners fear the same while they are pursuing their cases for wrongful foreclosure, while the judicial system continues to fail and prosecute them. Because of the scurrilous practices of foreclosing mill law firms and services, that people have labeled “Slash and Burn” crews, the Unlawful Detainer Courts, and Sheriff’s Departments have become the complicit enforcers of injustice and violators of civil rights—trespassing on the constitution.