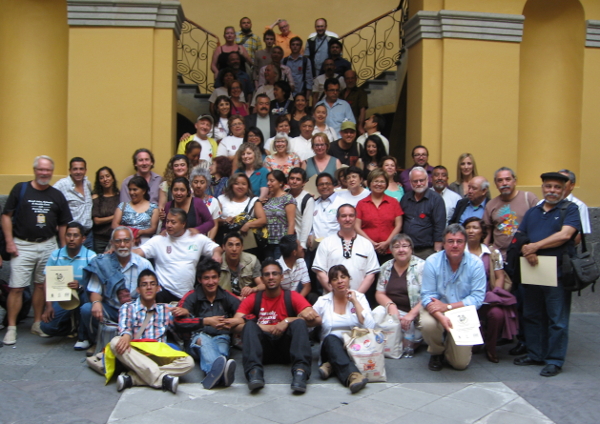 OAKLAND, CA — At first glance, struggles over schools in México, Canada and the U.S. seem totally separate: Mexicans protesting a national law causing funding cuts and testing of teachers; Canadians protesting an Ontario law freezing teacher salaries; Americans fighting against schools closed or turned over to charter schools.  But these attacks all serve a relentless campaign by global capital to privatize public education.

That will be the core message when the Trinational Coalition to Defend Public Education brings activists from these countries together in Chicago, May 9 to 11, hosted by the Chicago Teachers Union. The Trinational was formed when NAFTA became law in Canada, Mexico and the US in 1994, the first broad treaty making public education a commodity for trading on the stock market.  This step began the open transformation of public education from a right for all into a form of corporate property.

Education companies can’t maximize profits as long as education is considered to be a social right, equal and available for all, and provided by government taxes.  Something had to change to make education tradable and profitable. The way to do that was to privatize it, which NAFTA helped do.  Private profit began to trump the rights of people, and the Trinational was born to meet the challenge.

During 20 years under NAFTA, corporations have deeply penetrated public education across the hemisphere, from pre-school through elementary, secondary and higher education.  The corporate agenda today is turning this social right into a market that exceeds a trillion dollars a year.  And in those 20 years, the Trinational has become a center for defending public education across the hemisphere.

As education activists fought budget cuts, wage freezes, and rising college fees in each country, the Trinational provided a unifying way to expose the global capitalists encouraging all these attacks.  It promoted a vision of public education as key to advancing society as a whole, versus the corporate vision that says only “get an education to get a good job.”

These governments are planning their next steps in service to global capital.  The Trinational Coalition meeting will deal with standardized testing, the precarious nature of education jobs, student organizing, diversity and equality, technology, and building strong unions.  They will face these challenges with a call for uniting teachers, staff, parents and students from pre-school to university, to defend public education and society’s future.