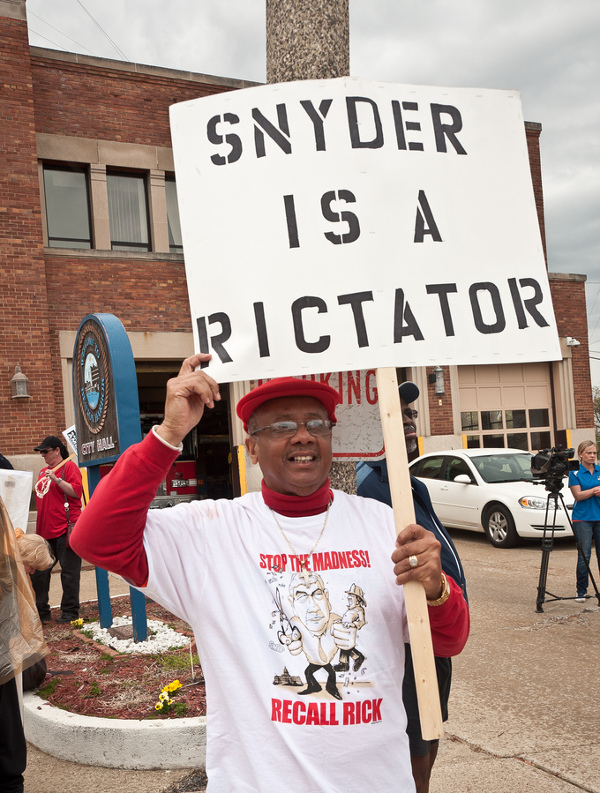 BENTON HARBOR, MI — The good ol’ boy club in Berrien County, MI Courthouse, is usually male, white, of European descent, and lives in St Joseph, Michigan.  Judge Charlie LaSata, Judge Sterling Schrock and Prosecutor Mike Sepic, led by the Whirlpool Corporation, are all working together against me and the community.  The community must take a stand.

I am charged with five counts of vote fraud in a community effort to recall Benton Harbor Mayor James Hightower, a puppet for the Whirlpool Corporation, which controls Benton Harbor.

With absolutely no evidence, I was bound over for trial. Judge Sterling Schrock and Judge Charlie LaSata both stated that you do not need evidence in Berrien County. In addition, the judges are trying to rush the trial, hoping my attorney will not be ready for trial.

Mark Goff, a forensic document examiner with the Michigan State Police, testified at the hearing held to determine if there was enough evidence to bring me to trial. His testimony was limited to his opinion that the dates next to the signature on some of the recall petitions had been changed. He testified that the changes were made with ink other than the ink that was used to write the original dates next to the signatures. However, he testified that he could not determine who made the changes, or when they were made. His testimony essentially provided a basis to find probable cause that someone changed the dates, but provided no evidence regarding who did it or when it was done.

There is absolutely no evidence that the five petitions alleged to have altered dates were exclusively in my possession.  The state’s handwriting expert could not say who altered the petition. There is no evidence that I was the only person who had access to or who had an opportunity to change the petitions. There are no admissions or confessions. There are no witnesses to any alterations.

This is not a thing of Blacks against whites. It is rich against poor, the haves against the have-nots. Corporate fascism is here now. We must stand together and fight this police State. Together we stand. Divided we fall.

Funds are urgently needed to fight this attack. Donate to the Pinkney defense at bhbanco.org