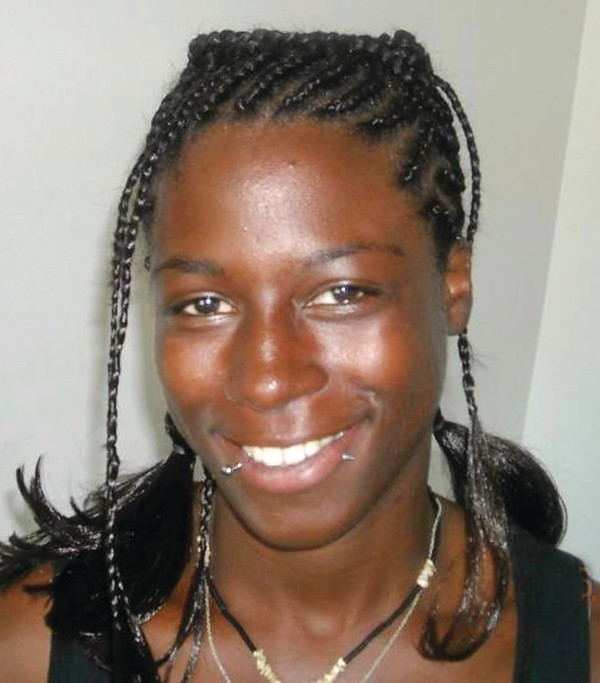 Adaisha Miller, a young woman who was shot and killed by an off-duty police officer’s weapon during a party at the officer’s home.
PHOTO DONATED BY FAMILY

DETROIT, MI — On July 08, 2012 ALL hopes, dreams, and expectations for Love, Success, and Children were stolen from Adaisha right along with her Life.

Aspirations for her future were solidified in my soul the day I gave birth to her and saw her face for the first time. Only for her death to be treated as if it was something stepped in and wiped off a shoe.
Officer Parrish owes a debt of Responsibility for his Choices, Actions and the Consequences of those Actions.

On July 08, 2012, Adaisha’s celebration of life ended in her death, one day before her 25th birthday. Adaisha loved life and people, she was a very kind person and friend to everyone she met. She was never a person who would be bothered with a married man.  She held fast to respecting marriage and she was not ever a dancer. Her friends told anyone she never danced.

The circumstances of her shooting are both mysterious, and peculiar. The Detroit Police Department changed their account of how Adaisha was shot five times before her funeral. Yet no one has been able to recreate the so-called accident or explain how it happened. Not even the homeowner’s insurance company believed Officer Isaac Parrish.

Adaisha was shot by off-duty Detroit Police Officer Isaac L. Parrish’s service weapon, at his home during his party he and his wife where having.

The pain and loss of Adaisha, the great absence of her smile, laughter, caring and generous nature is audible to us, her family and friends. No apologies ever came from Officer Parrish, the police department, nor would it have done anything for us. But the Blatant disrespect of Adaisha’s Life and Death from Police and Prosecutor is unacceptable and requires being dealt with.

Adaisha was the one person that many would turn to first for advise, help, understanding, a shoulder to lean on and she never held back.  She told you the truth whether you wanted to hear it or not. She never tried to hurt anyone but she was honest.

Writing poetry, music, art, and writing short stories were Adaisha’s hobbies and passions, giving her peace and joy from being creative. Children gravitated to DaiDai with ease. She loved showing them things, watching them learn. Her four nephews meant the world to her and she was looking forward to meeting her only niece.

Our family creed is “My Family, My Life” —and we live and breathe it. Adaisha’s name is said every day. She is and always will be part of our lives. The love we have for her cannot be changed, or diminished by time or separation. We will go to our graves fighting for Adaisha’s Justice. She deserves respect; her life had value to her and to those who love her. No one is above the law; Police are people with a badge doing a job, Not GODS!