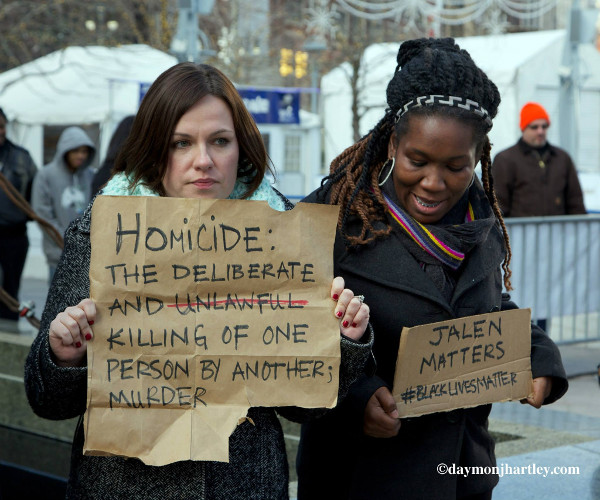 Women today are embedded in every sphere of economic, social and political life. There are 22 nations with women as heads of state, prime ministers, or presidents. Ten on the list of the eighty wealthiest individuals in the world are women. Women are CEO’s of giant corporations. Women sit on the Supreme Court and a woman is now chairperson of the Federal Reserve. Indeed, on the surface it would appear that women have finally overcome.

However, another class of women make up over 50% of the workers who have been permanently separated from or thrown to the margins of the new electronic based economy. At the same time as new ways of producing using the computer and robotics are creating poverty wage jobs or permanent unemployment, wealth is becoming more concentrated in fewer and fewer hands (Oxfam projects that by 2016, 1% of the world’s population will control 99% of the world’s wealth). This wealth disparity disproportionately affects women.  In every racial and ethnic category more women are impoverished than their male counterparts.

Women are also subjected to indiscriminate police violence and are now the fastest growing segment of the prison population. Undocumented women fleeing the State sanctioned violence of their home countries with their children in tow are held in virtual concentration camps along the southern U.S. border run by for profit, private corporations. They face almost certain death as they are deported back to their countries of origin.

Like their historical counterparts during the era of the expansion of capitalism, this new class of women today are not accepting a subordinate role in the fight for a new society organized around the new labor-less means of production. As the dying animal of capitalism becomes more vicious, attacking the very workers who produced the social wealth the owners of private property hold as their own personal property, denying the necessities of life to a growing segment of the population as a whole, women are stepping up and demanding their rightful place in the revolutionary process to secure basic human rights.

We see women leading the fight for equal, quality public education in cities across the nation and indeed, the world. Women are leading the struggles against police brutality and the growing police State. In places such as Ferguson, Missouri, revolutionaries recognize that there would be no movement if not for the leading role of women. In the fight against the privatization of water in cities such as Detroit and Flint, and against the destruction of the environment upon which all life depends, it is women who are in the forefront in all corners of the earth. In the struggle to house the homeless and against foreclosures, against war and for peace, women are in the lead.

Today our fight as women is not to secure a place in the present system of private property based on exploitation and inequality. Our place is standing shoulder to shoulder with our class brothers and sisters to abolish all systems of private property and create a new system that makes private corporate property public property to benefit all of society.