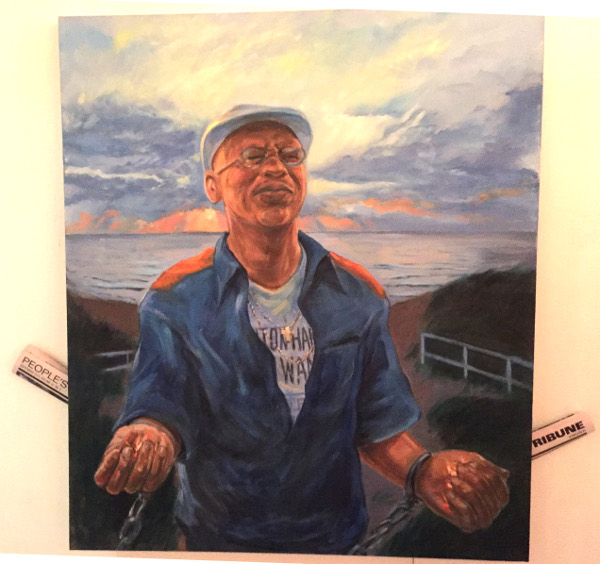 COLDWATER, MI — You better keep your mind on your freedom and freedom on your mind. You may think you know how the criminal justice system works. But TV is overloaded with fictional dramas about crime, police, and prosecutors—for a reason.

These dramas, including the evening News, focus on stories of victimization and punishment. A charismatic police officer, investigator or prosecutor struggles with his own demons, while heroically trying to solve a horrible crime, made for TV. He ultimately achieves a personal and moral victory by finding the bad guy and throwing him in jail. This is all made to brainwash the public, and get them to accept mass incarceration and a police state that is put into place to contain the poor.

Such stories perpetuate the myth that the primary function of the system is to keep our streets safe and houses secure by rooting out dangerous criminals and punishing them. TV shows, especially those that romanticize drug law enforcement, are the modern day equivalent of old movies, portraying happy slaves. They are the fictional gloss placed on a brutal, fascist system of oppression and control based on the slave patrols of yesteryear.

Those swept into the criminal justice system know the way the system actually works. When trying the poor, it’s easy to get convictions through a justice system that looks after the interests of the wealthy. When the poor are also Black, convictions are often guaranteed by all white juries who are motivated by something other than the truth. Full blown trials, supposedly to prove guilt beyond a reasonable doubt, rarely occur; most of the poor never even have an attorney. Witnesses are routinely paid and coerced by the government. Penalties for many crimes are so severe that innocent people accept plea bargains. Even children as young as 14 are sent to prison. And in Michigan, the over 45,000 inmates includes 43 older than 80, 414 ages 70 to 79 with more than 2,000 in their 60s. Prisoners over 80 years old can barely walk and are not a threat to society.

Convictions for drug offenses are the single largest cause for the explosion in incarceration rates in the US. Drug offenses account for 2/3 of the rise in the prison population between 1985-2000. Approximately ½ million people are in prison or jail for drug offenses compared to an estimated 41,000 in 1980, an increase of 1,100 percent. Nothing has contributed more to the mass incarceration of people of color in the US than the “war on drugs.” The myth is that the “war on drugs” is aimed at ridding the nation of drug kingpins or big time dealers, when in reality it is a war on the poor, those the system has discarded.

Although the government is discussing prison “reform,” real change cannot come about without the poor coming together and unifying themselves. This means the Blacks, Whites, Mexicans, Puerto Ricans, whatever, must stand together to fight this monster. Ultimately we are talking about a totally new society.