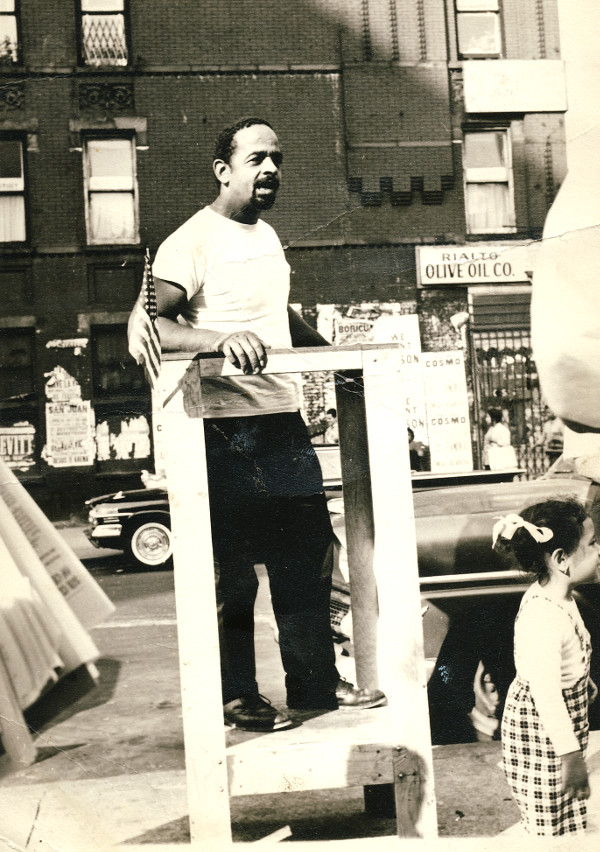 Nelson Peery speaks on a soap box in Harlem in 1960. People were interested in the cause of their problems and the solution of a cooperative world.

Nelson Peery was an American revolutionary and lifelong communist. He fought capitalism throughout his life, never failing to educate everyone he met about the vision of the new world that is possible and how to achieve it. Nelson, almost certainly the greatest revolutionary thinker of our times, helped develop the theoretical, philosophical, and organizational foundation for the time when conditions would make revolution possible. As conditions changed, Nelson was instrumental in forming new revolutionary organizations in sync with the times. A World War II veteran with three campaign ribbons and four battle stars, his life and revolutionary work is documented in his published works. Nelson was a founding member of the League of Revolutionaries for a New America.

Nelson Peery’s life and revolutionary work bridged two historical epochs. In capitalism’s industrial era, he fought segregation and Nazism, later writing a book about the untold story of the Black soldier during and after World War II. Black vets led the fight against the lynchings and terror after the war. As Nelson stated, “First class soldiers would not accept second class citizenship.” These combat veterans were the foundation of the Civil Rights Movement.

This was also the era where the fight for freedom in the colonies broke out, only to be blocked by a treacherous, profit-hungry U.S. imperialism. The Watts uprising, which Nelson participated in, was part of this period. The largest rebellion in American history outside of the Civil War symbolized, in Nelson’s words, “the heroic sacrifice that reshaped our concept of American democracy.”

During that period, capitalism was expanding and revolution was not possible. Today, in an epoch where electronics is permanently replacing human labor, capitalism is dying and a revolutionary movement is under way. Nelson wrote in his groundbreaking works on the color (race) question that for the first time, it is possible to unite a section of workers as a political force in the struggle for a new cooperative world. This new era, he said, is undercutting the rulers’ ability to use color to divide workers. “I don’t care whether you are Black or White or Latino. When the robot comes into your factory, you are laid off. This is what we have to hang on to.” This new reality sets the conditions for a new society, but class unity has to be fought for.

As part of the struggle for this unity, Nelson fought for the leading role of the revolutionary press to educate and reach the revolutionaries. “A movement is a cause and a press,” he taught. Nelson fought for the People’s Tribune, and its sister publication the Tribuno del Pueblo, to be both a way of helping the workers become class conscious, and a way of allowing the leaders of the day-to-day struggles to speak to one another. These papers are today emerging as a voice of the homeless and other struggles for survival.

Comrade Nelson, we thank you for your profound devotion to and faith in the working class, your commitment to building an organization of revolutionaries that can bring a vision of a new cooperative world to the people, and your conviction that this fight can be won. Time is short.

In this new epoch, the rulers offer only poverty, fascism, war and possible nuclear and environmental destruction.  The unity of a section of workers at the core of a huge movement for a new cooperative world, on the other hand, has the potential to save humanity. Nelson’s message to revolutionaries would be: “To the forge, Comrades! Strike where the iron is hot!” 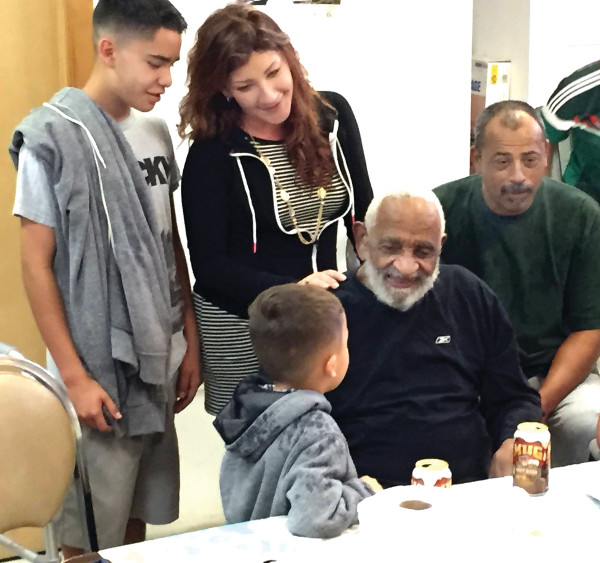