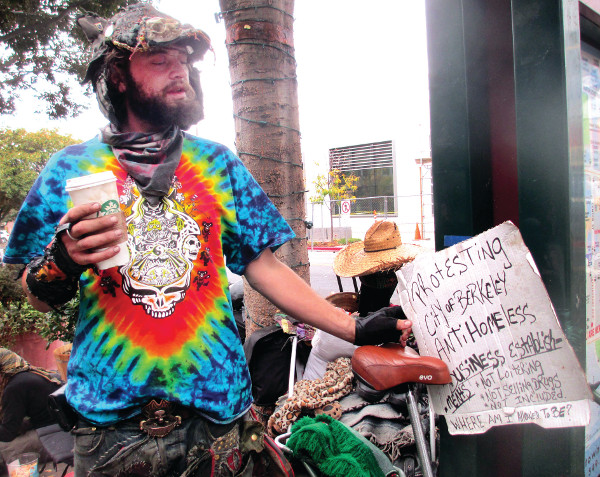 BERKELEY CA—Members of the public recently lined up to testify before the Berkeley City Council at a hearing on the Berkeley Police Department’s desire to acquire tasers as weapons. One after the other read off heartrending accounts of people of all ages and backgrounds, many of them undergoing medical or psychiatric emergencies, or simply non-compliant, or even restrained and unconscious, tortured and killed by cops using tasers. All the speakers from the public were passionately against the police being trusted with this torture device; in their hands they have accounted for over 900 known cases of death. It is clear who this weapon will be used against: the poor and powerless, the homeless, the disabled, the most vulnerable and defenseless. No police state, no torture, no tasers!

Below are a couple of remarks made by activists from Berkeley and San Francisco who spoke at the hearing:

Mike Zint (from ‘First they came for the homeless’): “Tonight, the Berkeley City Council heard from the public on the taser issue. Dozens of people read accounts of injuries and deaths by tasers. Product warnings for tasers say they are not to be used on the following: pregnant women, asthma sufferers, people with heart conditions, elderly, children, mentally disabled, and people under the influence of drugs. Can you tell by looking if someone is pregnant, an asthmatic, or has a heart condition? No! So people are guaranteed to die. Mentally disabled and addicted, even though listed, as well as homeless, will be tased. Minorities will be tased. Tasers are not non-lethal to the victims who die. Tasers equal torture.”

Mike Lee (from Homeless Action Team): “Tasers are the cattle prods of capitalism, they are going to be used to prod us along and get rid of us.”