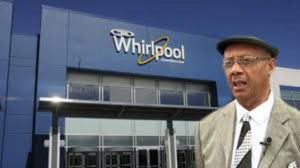 WEST SHORELINE CORRECTIONAL FACILITY, MI — Mr. Colin Kaepernick, you are my hero. I will take a knee with you. Mr. Kaepernick, by not standing during the singing of the national anthem you have exposed that the Constitution of the United States is not meant for all. There is no right to free speech for all of the poor, Black, white, brown, yellow, red.

Mr. Kaepernick, regardless of what anyone else may think, you have contributed an indelible moment for me that helps me define this intense era we are living in. Twenty years from now, we will look back on this, as we did with Mohammad Ali, Tommie Smith and John Carlos, and take our hats off to you, Mr. Colin Kaepernick, for exposing the system and establishment and for making them so uncomfortable.

Mr. Colin Kaepernick, your actions have also helped expose a fascist news media, the Herald Palladium in Berrien County, which is owned by the wealthy Paxton family out of Paduka, Kentucky.

Mr. Kaepernick, you are my hero. I support you. I would never ever stand for the national anthem or the pledge of allegiance to this nation. This nation’s hypocrisy has no limits. One nation under God? Which atrocious action by this nation do I stand? The murdering of Native Americans or the slaughter of African American women and children by the US government? Which atrocious action do I stand? I need you to tell me. The over 10 million Africans kidnapped from Africa who died on their way to America or the remaining five million forced into slavery, raped and beaten and forced to work until they dropped dead? Or the homeless people and all of the people who go to bed hungry, for all of the people who are clotheless, for all of the people inside the prison system who are tortured by this government? Mr. Kaepernick, do I stand tall and put my hand on my heart for this?

I sit in prison today convicted by an all white jury that was motivated by something other than the truth. Five counts of forgery with absolutely no evidence that could have convicted me. This government has stolen 30 months of my life. Do I pledge allegiance to the flag and say one nation under God indivisible with liberty and justice for all? Please show me your liberty and justice for all. Mr. Kaepernick I stand with you. I take a knee with you.

One thought on ““Mr. Colin Kaepernick, you are my hero,” says Rev. Pinkney”