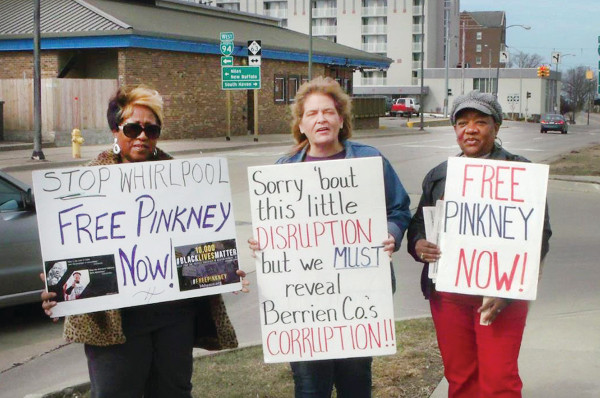 “I know we all live, only to die, but no mother should ever lose a son the way I lost my son, Martell Walker-Hadley. He died in police custody, at the Berrien County Jail, on Sheriff Paul Bailey’s watch. Jesus died a cruel death, so did my son. In the end, I just want to know what really happened to him, I have to know.” — Ladona Walker, Martell’s Mom

“A 17 year-old boy in jail wasn’t given proper medical treatment for an ear-infection, which resulted in a BRAIN INFECTION! THIS is one more reason Paul Bailey doesn’t
need to be Sheriff anymore! Prisoners are still HUMAN BEINGS, and deserve to be treated as such! Obviously, that $1.5 million [settlement for not giving her son medical attention] didn’t mean anything to Berrien County. They STILL mistreat and abuse the inmates, and at times they are ending up dead in jail—under Bailey’s watch. He MUST be voted OUT!” — Pati Heinz