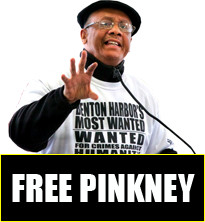 WEST SHORELAND CORRECTIONAL FACILITY, MI — A worker is above all a producer. The workers produce all of the wealth in the possession of the billionaire corporate class. The corporate class are parasites, as are the judges, prosecutors and law enforcement, who also live off the workers’ stolen wealth.

The judges, prosecutors and law enforcement are hired by the capitalist class through their agents to keep the mass of the people in complete subjection. They utilize all the force and violence at their disposal whenever the people rise up in rebellion against the unendurable conditions imposed by the master class. They send cops that practice the most inhumane brutality. They are trained in the spirit of war against workers—disproportionately Black—but also other minorities and poor whites, the homeless population, and all who struggle for their survival. The judges, prosecutors and the rest of law enforcement are mercenaries. When they do work, if that is what it can possibly be called, that work is directed against the people, to oppress, destroy, imprison, or even kill!

The struggle that is taking place in Benton Harbor, Berrien County in Michigan, is a case in point. It holds lessons for the American people. The fight is a war over whether Americans will have prosperity and democracy or live in poverty under the heels of open corporate rule. The attack on the poor in Benton Harbor shows that the corporate power structure, along with its corrupt criminal justice system in Berrien County, Michigan and around the country, are determined to crush anyone who stands in its way. Let the truth be told. The attack on democracy is an attack on the workers. It is part of a process under way across America. Only we, the people, can stand up, speak up, fight back, and stop the crimes of the capitalist system!