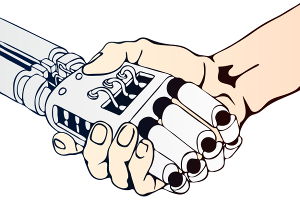 In a 2010 interview with Larry King, the famous scientist Stephen Hawking said, “We are in danger of destroying ourselves by our greed and stupidity.”

In a 2016 follow up interview with the same Larry King, Hawking said, “We have certainly not become less greedy or less stupid.”

When asked, what is the greatest danger to the human race, he answered, “The increase in air pollution and the emission of increasing levels of carbon dioxide.” Then Hawking posed, “Will we be too late to avoid dangerous levels of global warming?”

When asked various questions about possible dangers of artificial intelligence (AI) Hawking responded, “Governments seem to be engaged in an AI arms race, designing planes and weapons with intelligent technologies.” “The funding for projects directly beneficial to the human race, such as improved medical screening, seems a somewhat lower priority.” “AI will impact our economies, our decision making and our lives.”

Science has given us the ability to create wondrous technologies. However, such technologies in the hands of corporations are only used to secure maximum profits for themselves. Witness the growing military budget, nuclear arms race, war danger—and possible extinction of the human race.

When humanity takes control of science and technology out of the hands of the few to work in the interest of us all, it ceases to be a force of destruction and becomes the means of saving the human race and healing our Earth.