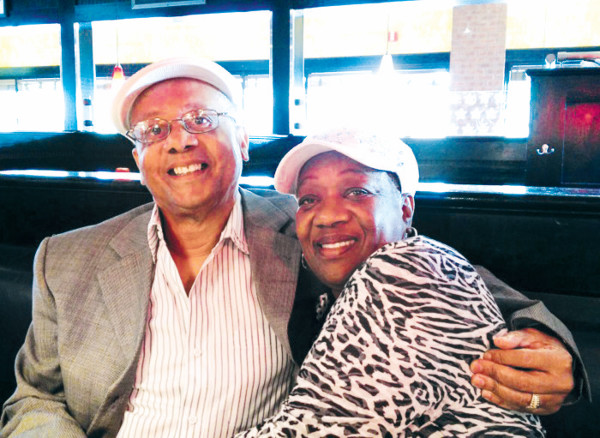 Rev. Pinkney and his wife Dorothy. Rev. Pinkney was held as a political prisoner for 21⁄2 years because he led the community’s
challenge to a corporate backed mayor in Benton Harbor.

BENTON HARBOR, MI —  I am Reverend Edward Pinkney, a national and community activist, who tragically, became a political prisoner in the state of Michigan on December 15, 2014.  I was sent to prison with absolutely no evidence a crime was ever committed. The Berrien County trial court and Judge Sterling Schrock, along with prosecutor Mike Sepic, stole 30 months of my life.

On July 26, 2016 the Michigan Court of Appeals rejected my appeal. The three-judge panel, Kelly, O’Brien, and Hood, better known as the three blind mice, stated Rev. Edward Pinkney must have told somebody to change the dates on the recall petitions. This was ridiculous. There was absolutely no evidence to support their theory. I was convicted by an all white jury that was motivated by something other than the truth, but it is bigger than that. The powers that be will crush anybody who stands up today. It’s me today, and you tomorrow.

I have already completed the 30 months that was forced on me as the result of a Jim Crow trial that accused me of altering dates on a recall petition against the puppet Mayor James Hightower, who lost the last election by a landslide.

The prosecutor and judge formed a partnership and instructed the all white jury to convict me without any evidence. I am an innocent man tried, convicted and sentenced to die in an effort to isolate and silence me against the power of the land grabbing, job out sourcing, criminal Whirlpool Corporation, with its headquarters in Benton Harbor. This is a company who refuses to pay taxes or hire Benton Harbor Black residents. My unusually harsh sentence was imposed by Judge Schrock.

I appealed the judgment of the Michigan Court of Appeals with the Supreme Court on Sept 3, 2016. On May 17, 2017, the Court asked two questions about the case, (but refused to ask about the insufficiency of evidence.) The questions are about whether the Berrien County trial court violated the Michigan Rules of evidence, the first amendment and due process for allowing “evidence” against me to be admitted under 404b based on the prosecutor’s allegation that I was politically and socially motivated (indicated by my political and social activity, which was 100% legal). The allegation was that it was likely I committed the illegal act of forgery because it promoted my political goal of having the election recall go forward. This was nonsense.

Question number two was whether I was ever charged with a crime. The only statute that was the basis of the felony counts (168.937) set forth a penalty provision for forgery that is prohibited by other sections of the election code and does not set forth a substantive crime that can be the basis of a prosecution.

The scale of Lady Justice is imbalanced, especially against people of color. We must continue to fight against this grave imbalance to ensure a humane, just future for people of color, the homeless, the poverty stricken, for the whole weary and for the beaten populace of America. All across our country, we must continue to speak truth to power. We must demand that justice be served for all people.