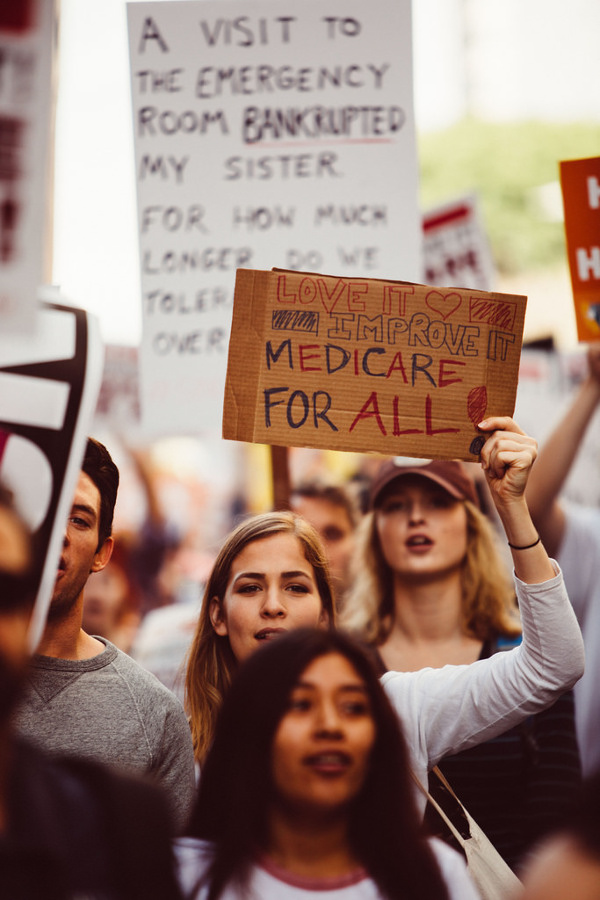 After the failure in July of the Trumpcare bills, which would have set up the destruction of Medicaid and Medicare as we know them, the battlefield has shifted. Trump has signed executive orders weakening the ACA (Obamacare), and the U.S. House and Senate have recently passed some disastrous fiscal 2018 budget resolutions. Over 10 years, the House resolution would cut $1.5 trillion from Medicaid and $487 billion from Medicare. The Senate resolution would make similar cuts. At the same time, Trump is proposing a tax cut plan that would give $1.9 trillion in tax breaks to the top 1%. Our healthcare would be cut to line the pockets of billionaires and corporations.

While these budget resolutions are just plans and not actual spending bills, the resolutions, the executive orders, and the tax cut plan show where things are headed. The government will abandon us and leave us to die without a second thought.

It is estimated that 45,000 people die each year in America because they lack health insurance. About 40% of Americans are in debt over medical bills, and 45% say they would have a hard time paying an unexpected $500 medical expense.

Since it is cheaper nowadays to produce things with robots and computers than with people, jobs keep disappearing and the corporations who control the government will not provide healthcare for labor they do not need.

This is not about Democrats versus Republicans. Both parties are tools of the corporations. We, the people, are the vast majority. The government should and must be our government and protect us, not the billionaires. We need expanded and improved Medicare for All, as a first step toward a national health service that guarantees universal health care. It will also be a step toward building a whole new society run by the people for the people.