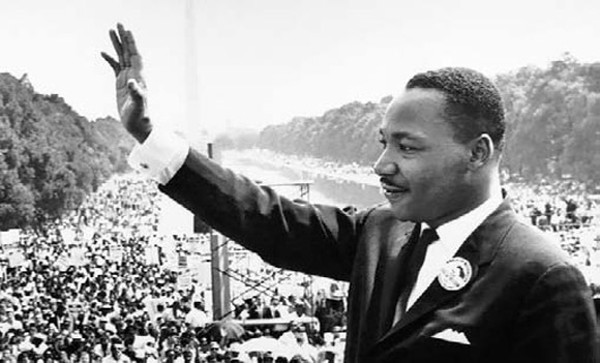 What do Americans do on Martin Luther King Day? If lucky enough to have the day off, we attend the many marches, celebrations and events that honor Dr. King. We enjoy free admissions to national parks. We observe it as the only federal holiday day of service, or as the Corporation for National and Community Service says, a “day ON, not a day off,” with a wide range of activities, some of which are supposed to help the poor. All of that is fine and good, but as we shall see below, Martin Luther King advocated something quite different.

In the year that followed this speech, Dr. King organized Americans of all colors into the Poor People’s Campaign to demand an Economic Bill of Rights to end poverty. Just before the campaign began, Dr. King was assassinated. Today, as this capitalist economy is poised to throw even more Americans into homelessness and permanent poverty, a new Poor Peoples Campaign is organizing. More people have probably heard of Martin Luther King Day sales because corporate run media won’t cover the campaign. In the words of one of the campaign’s leaders, Rev. William Barber, “The surest way, then, to honor his legacy on the day that bears his name is to commit to standing up by the tens of thousands to demand change.”