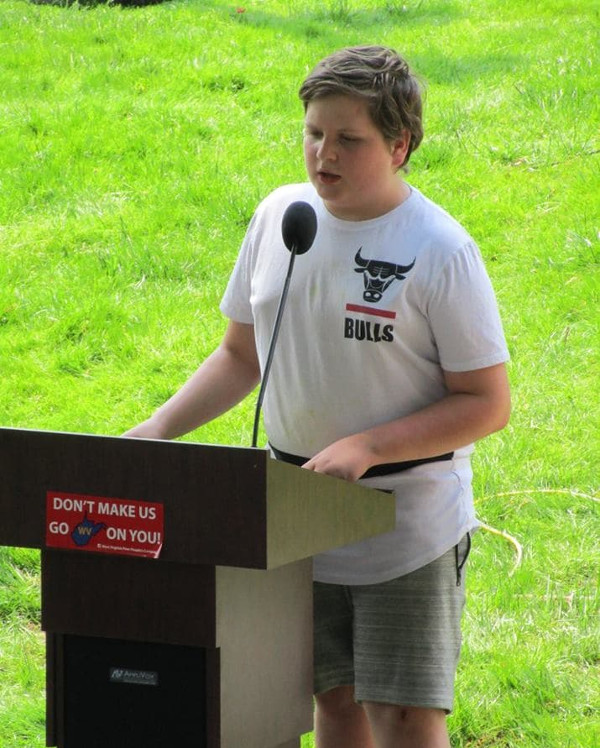 MINDEN, WV — It’s been almost two years since the EPA (Environmental Protection Agency) stepped foot back into the small former coal town of Minden, WV, regarding a decades long issue over PCBs, or Polychlorinated Biphenyl, a group of chemicals banned in the late 1970s due to it being a carcinogen.

In June 2017, the EPA conducted testing in our community and in the fall of that year we were informed that there was indeed levels of PCB’s back in the community. As concerned citizens, many residents formed a group known as The Minden Community Action Team, whereas we began urging state and local agencies to step in and help our community. One of our main goals was to be placed on the National Priorities List for Superfund. We made calls to our Governor of WV to urge him to nominate us, however, it took our activist community team to protest in his hometown of Lewisburg, WV, in December of 2017 before he finally made a statement regarding our dying community.

He finally stated he was nominating us to the NPL in August 2018. In September 2018 the EPA released a statement that it also was nominating us for the NPL due to testing results and the affects of wetlands and animal habitats. We then entered a 60 comment period where the community and anyone else could write in support or non support for our nomination. Our comment period ended on November 13, 2018 and now we wait for a committee to decide our community’s fate. We were told it could be Spring or Fall of 2019 before we known anything.

During this 2 year process, we have lost several family members due to various cancers and other illnesses. I myself have buried my own father. We have several residents who have entered into hospice care over the past few months, one losing her battle to cancer the day after Thanksgiving.

Not only does the community suffer with contamination, but also extensive flooding several times a year. Many homes are in almost not habitable condition due to the affects of flooding and overflowing from Arbuckle Creek, which carries the PCB’s as well as raw sewage into our yards and homes. Children in Minden do not even play in their own yards, but the roads which are safer This creek is also being dumped into the New River and over 27,000 customers get their drinking water from this source.

So now, we wait, We are always waiting. For almost 40 years we have waited. We watch our friends, family and neighbors die. Many of us want a relocation. Our children’s futures are in the hands of agencies that we have trust issues with, yet we have to trust they will finally do the right thing. It is apparent that removing soil is not the answer. Removing the people is. Our residents deserve to grow old in a clean non toxic environment. Our children deserve to play in non contaminated yards.

You can check out our pages on Facebook, Faces of Minden as well as Minden PCB Oil and Headwaters Defense, an environmental group helping Minden.