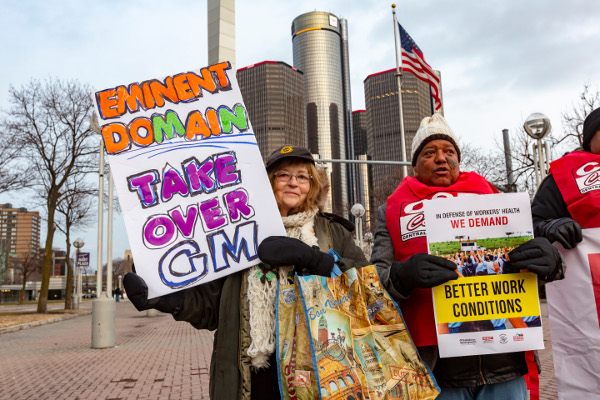 Detroit protesters call on government to make GM land where plants are scheduled for closure useful for everyone.
PHOTO/JIMWESTPHOTO.COM

But should they fail, and should any or all those plants close, what is the next step?

In the case of the Detroit-Hamtramck plant, the first thing that should happen is Eminent Domain (the power of a government to take private property for public use without the owner’s consent, provided just compensation is given) should be employed to take the factory and the acreage it sits on away from GM.

The result is that the factory and acreage it sits on will be the public property of the citizens to fulfill their social needs. Right now, it is the private property of GM and GM has no use for it.