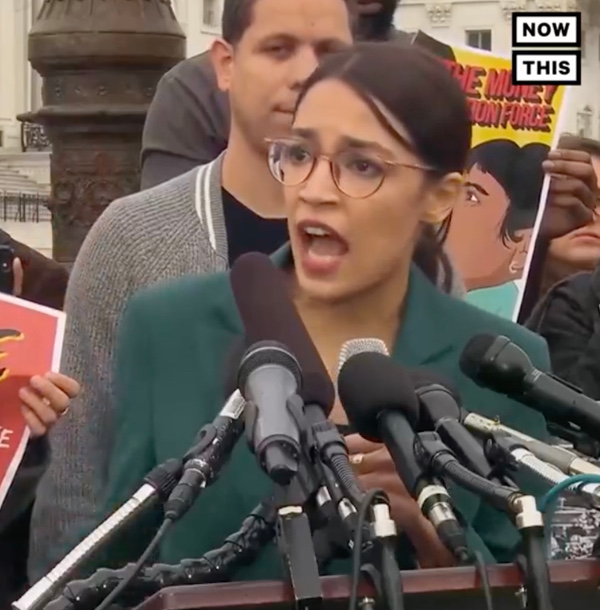 Editor’s note: Below are comments to the media by Rep. Alexandria Ocasio-Cortez following Trump’s State of the Union address last February 5.

Earlier this week, we heard the State of the Union address inside the capitol building. We heard the president say that he likes quote-unquote “legal immigration.” But that is a lie. The president does not like any form of immigration. He has been cutting down and imposing restrictions on legal forms, on the Diversity Visa lottery, on family reunification, and so on. He’s ending Temporary Protected Status. He’s ending DACA protections for Dreamers. And in doing so he’s taking away the documented status for thousands, if not hundreds of thousands, of Americans. In doing so, he’s criminalizing a whole population of people in the U.S.

And now he’s asking for $5 billion to continue to militarize and weaponize a force that has zero accountability. And whose [Homeland Security] secretary has no idea how many children are dying in her own care, dying on her watch. And who has the audacity to ask for more money to fund that. I don’t think so. I don’t think so. Not only will we not agree to fund that, but we are here to say that an agency like ICE, which repeatedly and systematically violates human rights, does not deserve a dime. Until they can prove that they are honoring human rights. Until they can make a good faith effort to expand and embrace immigrants.

Immigrants have always been a part and a core element of American democracy. Until they can prove good faith to this American ideal, they [ICD] do not deserve any resources for their radical agenda. We have to have respect for children. We have to have respect for families, respect for human rights and respect for the right of human mobility. Because it is a right. It is a right. Because we are standing on Native land and Latino people are descendants of Native people. And we cannot be criminalized simply for our identity or our status – period. 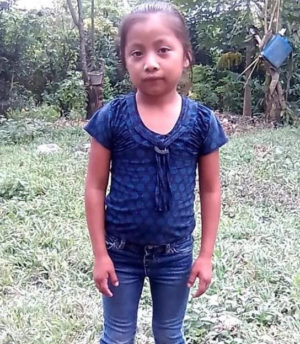 I will not commit one dollar – not one dollar – to an agency [Homeland Security] who allowed a [7-year-old] child to die, when they were entrusted to take care of Jakelin Caal. I will not give one dollar to a secretary who does not care about her detention facilities, that thinks some people in this country are deserving of constitutional protections and others are not.

We are a nation and a land of laws. Not just some people are subject to laws and others are not. And being a land of laws means that every person that steps foot on this soil deserves the consideration of due process. They deserve the protections. They deserve access to our Bill of Rights. That is what makes this country special. That is what makes America special. Not who is here but who we are.