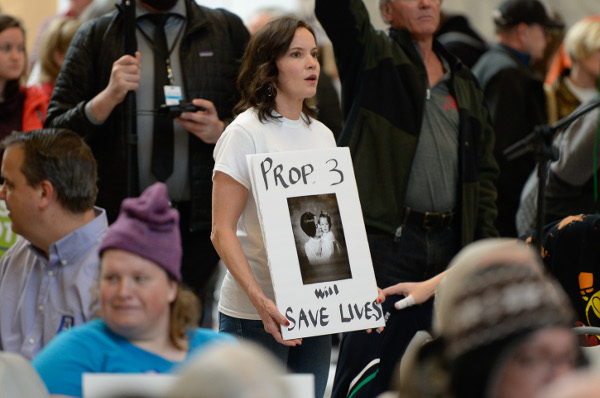 In the midterms, 60% of voters in Idaho and 53% in Utah, passed ballot measures to expand Medicaid under the Affordable Care Act (ACA). Now, political “leaders” are assaulting democracy and defiantly rolling back expansion in Utah with the blessings of the Trump administration as they seek to please the health industry rather than the people. But people aren’t taking it.

Americans pay more for health care than anywhere in the developed world and get the worst care. Our for-profit system leaves millions of us literally begging for our lives. Millions more lose their lives as the care they desperately need is denied. Yet there is plenty of health care that could be distributed to all through a single-payer Improved Medicare For All system (without the private insurance companies), and millions of Americans are determined to fight for it.

The following statements are from a few of the thousands of Americans involved in the fight for a life saving health care system:

“I know of people with diabetes literally dying because they cannot afford their insulin. Profiting off sick people is sick. … The money is there, we just don’t have our priorities straight.

“Insurance companies’ requirements are evil. … They make money by denying coverage. Doctors have to fight with them for the procedures that they think are best for the patients. I can’t stand on the sidelines any more even though I have insurance. Everybody needs it. It is the moral thing to do.”

“Medicare and Medicaid are the most popular health plans in the country. You’re already paying. Why not pay just a tiny bit more and have it now instead of waiting until you’re 65? And why not do it for everybody?”

In spite of the stated intent of the ACA, two thirds of bankruptcies are due to high medical bills and related costs. And medical expense is a common cause of homelessness.

While the Trump administration and Republicans in several states are cutting Medicaid, threatening to gut protections for the more than 61 million Americans with pre-existing conditions, and allowing insurers to peddle stripped-down policies that offer no real protection, Congress is debating a new Medicare For All bill.

However, this vision of a health care system that can truly meet the needs of all the people is up against the powerful Medical-Industrial Complex which encompasses nearly one fifth of the U.S. economy and their power brokers in the Democratic Party establishment as well as in the Republican Party.

These forces will attempt to divide us, to throw dust in our eyes, in order to undermine our efforts to forge unity around this most basic human right to health care. We cannot lose sight of the goal. We must gather our forces, keep our eyes on the prize: a government-funded health care system based on human need, not corporate profit. And we must demand everybody in, nobody out!

Will of the people violated in Utah health care fight

An open letter to President Trump about freedom

2 thoughts on “Healthcare national emergency: the fight is on”