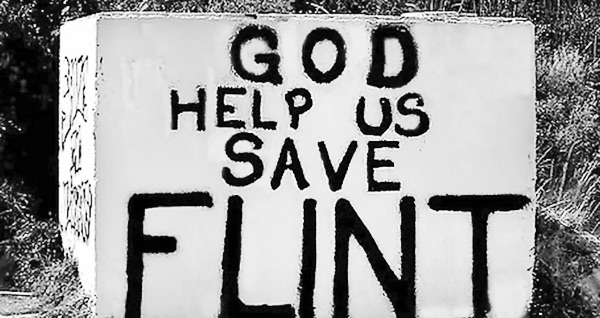 FLINT, MI – So many people in Flint are being diagnosed with cancer, especially kidney cancer. Lead has an affinity to the kidneys. Just how many people in Flint have died of kidney and other types of cancers since April 2014? Who knows, and why aren’t these patterns discussed by the medical profession?

I believe the water contributed also to my brother Leslie’s death in December 2017, as he became ill after 2014 with kidney, stomach and lung cancer. He had pneumonia twice and was a patient at McLaren Flint Hospital in 2015 and 2016.

Not only was there lead in the water, but so many other toxins like Legionnaires which presented itself as pneumonia yet supposedly took the lives of only 13 people. Who believes that count? I most certainly don’t. There still are many other toxins in the stagnant water that officials have never tested for but we’re being told again that the water is safe to drink. I think not.

Not a single pipe has been replaced at the source of the problem – the water plant – so how can this problem be considered “fixed?”

There is currently a health crisis in the city of Flint. Strokes, respiratory, stomach and liver illnesses, epilepsy, cancer and other major health issues have been experienced by many since 2014, but where’s the data? How many people know of someone in Flint who has experienced a health issue since April 2014, when greedy [Gov. Rick] Snyder and his Emergency Manager decided to save $100 a day and not have corrosion control added to the water resulting in the poisoning of more than 100,000 people? This number is actually higher as many of us who travel to Flint regularly were also poisoned. In fact, many people passing through Flint after April 2014 were poisoned, but officials won’t even bring attention to this subject.

It’s heartbreaking that Snyder, the man who poisoned more than 100,000 people, had all the water pods closed claiming the water is now safe to drink. Really? This is an environmental genocide. How many years will pass before the real truth is known?

Please know that the water issue in Flint is not over and people still need bottled water. Not many can afford to pick up and move to another city nor can they afford whole house filters. An individual filter on a kitchen or bathroom faucet only works for so long and will not filter out toxins unrelated to lead.

So, what can be done about it and who will lead? Certainly not politicians. The people of Flint must come together as one collective group if any changes are to be made.