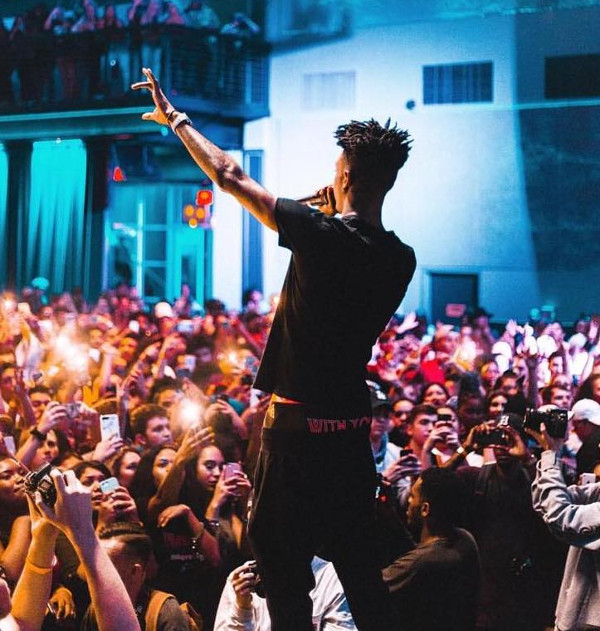 On February 1, Atlanta rapper 21 Savage released a video for his hit single “A Lot” on YouTube, the most popular platform for new music. It featured new lyrics:

Been through some things
But I couldn’t imagine my kids stuck at the border
Flint still need water
People was innocent
Couldn’t get lawyers.

Two days later, on February 3, ICE arrested him. As the rapper recalled on Good Morning America, he heard officers on the radio declaring, “We got Savage.”

This was the beginning of 10 days of isolation in Atlanta’s notorious Irwin County Detention Center, before a groundswell of support from rappers and fans led to his release on bond. He missed a performance on the Grammys, and the case isn’t over. He may yet be deported to England, the country his mother left when he was 7, but the chilling effect of this decision could be heard in a Valentine’s Day interview published in the New York Times.

When asked, “Do you feel an urge to put some of this experience into music?” Savage answered, “Not right now, ’cause I feel like me putting it into music got me into this situation.”

What’s happening to 21 Savage calls to mind the way the U.S. government has attempted to curb free speech in popular music for decades. From the attempted deportation of an increasingly political John Lennon to the FBI’s official statement denouncing N.W.A., the U.S. government has long targeted artists who challenge its authority. In the 1980s, when all-star musicians aligned to tackle hunger, poverty, the U.S.-sponsored wars in Central America and U.S. support for apartheid, the United States Senate held its infamous record-labeling hearings.

Artists ranging from John Legend to Nicki Minaj, Willie Nelson, Bruce Springsteen, Common and Ricky Martin have spoken out against U.S. border policy, but these musicians are not the voice of a new generation speaking from the streets in the way that 21 Savage is. Their position also doesn’t parallel the Dreamers in the way Savage’s does. It’s telling that ICE declared, “His whole public persona is false,” in an attempt to undermine his image.

Savage quickly responded to lies perpetuated by ICE, such as the idea that he first came to the U.S. at 14. Before his career, he did in fact run the streets of Atlanta with a gang. However, he has used his meteoric rise as a rap star to launch campaigns to stop gun violence and bullying and to help kids in his community find economic stability and afford everyday necessities and school supplies.

And, as it turns out, he doesn’t seem deterred by the government’s action against him. On February 15, two days after his release, he renewed his vow to fight the system. When Savage appeared on Good Morning America, he was asked: “There are a lot of people who don’t get a bond, who you left still back in the detention center, what’s your message to them?”

He answered, “I feel your pain. And I’m going to do everything in my power to try and bring awareness to your pain.”