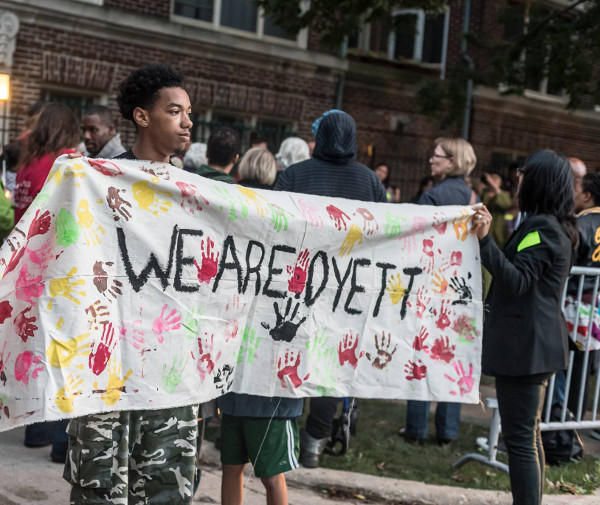 CHICAGO — The winds of change blowing across America have hit the Windy City with gale force.

The results of the local election here show that Chicagoans are sick of the status quo.

The Chicago City Council is composed of 50 members. In the local elections held on Feb. 26 and April 2 here, at least five aldermanic candidates backed by the Democratic Socialists of America were elected. Another socialist holds a slim lead in a race still too close to call. That means that at least ten percent of the City Council will soon be made up of officials who openly describe themselves as socialists. This will be the largest contingent of socialists on that body since the days of Eugene V. Debs in the early 20th century.

The mounting support for progressive candidates in Chicago hasn’t developed because practical Midwesterners have suddenly fallen head over heels in love with an abstraction. It’s more that Chicago – once dubbed “the city that works” — simply doesn’t work anymore under capitalism. For most people, “health care for all” is not a nice idea – it’s an urgent necessity. So are an end to police brutality and protection for immigrants and quality public schools.

In Chicago, candidates who advocate positions in the interests of the working class have drawn increasing support – whether they call themselves “socialist” or not. Carlos Ramirez-Rosa, the democratic socialist alderman who introduced a measure to create a civilian board to monitor police, defeated his opponent by 20 points. Maria Hadden ran for the City Council advocating development without displacement. She trounced a powerful ally of the outgoing mayor. Jeanette Taylor helped lead the hunger strike that kept a high school open. She defeated her opponent overwhelmingly. Andre Vasquez spoke out against gentrification – and ousted a powerful leader of the Chicago Machine, someone who had been in the City Council for nine terms and had opposed reform every step of the way.

“The political revolution is alive and thriving. Working people now know that … there is an alternative to the austerity and state violence offered by both right-wing and neoliberal politicians.”

Don’t expect the winds of change to stop blowing any time soon!