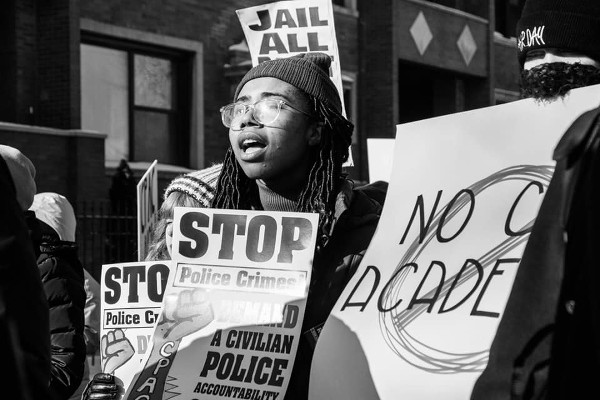 CHICAGO, IL — The cry for freedom from police tyranny grows ever louder in Chicago, the only city in America that requires its public schools to teach the history of local police torture.

That cry was heard last fall, when ex-Chicago police officer Jason Van Dyke was convicted for the murder of Laquan McDonald. The day of the verdict, nearly a thousand people marched around City Hall and demanded community control of the police.

Many of these candidates made CPAC central to their campaign. That includes incumbent Ald. Carlos Ramirez-Rosa, who was comfortably re-elected to a second term. He was the City Council’s lead legislative sponsor of CPAC.

An additional 15 wards will see runoff elections on April 2. CPAC-supporting candidates are involved in 13 of them.

Everywhere on election day, there were signs of rebellion against the Chicago political “machine” and in favor of a new breed of participatory democracy, one that will allow people of color and the working class to maintain power over institutions that have traditionally been used to repress them, most notably the police.

In a video message sent out to her supporters, Jeanette Taylor, an activist who led a hunger strike to keep open her local public school, made her support for community control clear.

“I am fighting for CPAC … and the dignity our community so deserves,” she said. Taylor led nine aldermanic candidates in the South Side’s 20th Ward and will face Nicole Johnson in a runoff. Johnson also supports CPAC.

Even in the affluent, predominantly white north of the city, the need to wrest control from the corrupt Chicago Police Department (CPD) was front and center in these elections. At a packed town hall meeting on “Democratizing Police Accountability,” 11 of 13 candidates from five North Side wards backed CPAC.

Speaking to the crowd, candidate Matt Martin said, “We need to have an elected community oversight board immediately…We’re going to be demanding this happens not just leading up to February 26th or the runoffs on April 2nd, but every single day thereafter.”

Echoing this, candidate Marianne Lalonde remarked, “Having an elected police accountability council will reduce the wrongful deaths of people of color who are killed by the Chicago police.” Martin, Lalonde and fellow CPAC-supporter Andre Vasquez have all made it into runoffs in their respective wards.

Another CPAC supporter, Maria Hadden, unseated 28-year incumbent Joe Moore with over 60% of the vote in her North Side ward. Moore was against CPAC.

As Chicagoans vote again on April 2, they face a clear choice: Support politicians who have turned a blind eye to police tyranny for decades or usher in a new generation of freedom fighters who understand the time is now to give the people the power to decide who polices them and how they are policed.