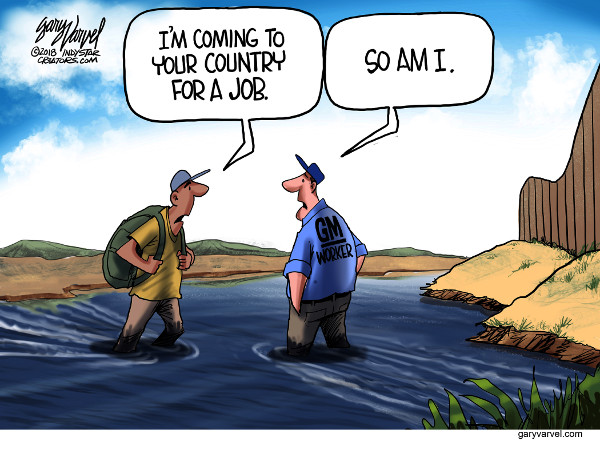 DETROIT, MI — General Motors has been around since September 16, 1908.

As of February 19, 2019, GM has 84 factories open around the world.Fifty-nine of those factories are in the United States.

As of February 19, 2019, GM has sold 15 factories around the world.One of those factories was in the United States.

As of February 19, 2019, GM has closed 62 factories around the world. Fifty-seven of those factories were in the United States.

By the end of 2019, GM threatens to close five more factories around the world.Four of those factories are in the United States and one is in Canada.

We are being sidetracked by Trump who has blamed the Mexican autoworkers for the GM closures in the United States.

GM, like Ford and Fiat/Chrysler, is a global entity just like the rest of the auto industry around the world. None of GM’s factories are owned by the people that build cars anywhere on this planet.Both the workers in the US and in Mexico must buy the vehicles they build from the company that owns the factory just like everyone else. A huge majority of the people that work for GM must go into debt just like most people on this planet have to go into debt or go without. The problem we all face is private ownership of those factories and not the Mexican autoworkers who build vehicles for $1 to $3 an hour. GM will close plants and go wherever it can to maximize its profit.Now of course companies like GM want to cut the autoworker’s hourly wage here to the same level as the Mexican worker.

I can only say that we must support GM workers, whether in the United States and/or in Mexico and the GM workers need to support one another. The Mexican autoworkers are not to blame for this crisis. Workers everywhere want to be able to provide for their families. They do not want to see their lives or communities destroyed. It is the same situation for all of us.