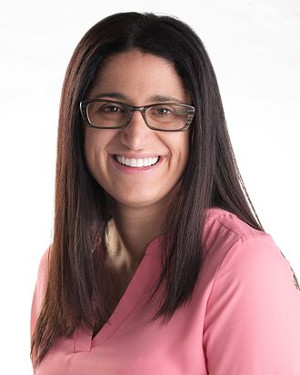 The fight to End Homelessness
These are excerpts from a speech in Detroit by Dr. Mona Hanna-Atisha, who is a recipient of the Michigan Humanitarian Women Award. In 2015 she helped expose that children’s blood lead levels doubled after Flint’s water was switched.


“Flint was not only the birthplace of GM. This is where brave and radical and disobedient Flint autoworkers demanded a fair share of our prosperity. The American dream was born. And because of that, [among other things, Flint had] some of the best public health.

Then in 2011, we were almost bankrupt as a city. On the appointment of a financial emergency manager . . [whose] job was to save money, they severed our half a century relationship with fresh spring lakes and pretreated water. And instead we started running the water from the local river without it being treated properly. It was missing the ingredient called corrosion control.

So that city that once birthed America’s middle class became a city where our children were waking up to a nightmare. In 2015, I was working as a busy pediatrician, in my own bubble. The patients would come to the clinic and ask if the water was okay . . . and I was reassuring them that, yeah, how can their water not be okay? This is America, right? This is the richest country in the history of the world. This is the 21st century. That all changed when I heard about the possibility of lead in the water. I had learned . . . that [lead] can erode cognition and twist behavior and has these life altering impacts. And science, especially in the last few decades, has taught us that there is no safe level of lead levels, that industry told us was okay. And as a pediatrician, I learned that the burden of lead does not fall equally on our nation’s children. It is a form of environmental injustice,

I went into medicine and to be a pediatrician to not only treat your infections but also to treat these inequalities and injustices. So we screen for things like hearing and vision and blood pressure, but we also screen for things like poverty and housing insecurity and nutrition insecurity. And, is your water safe to drink? And really in all of our work, doctor or not, isn’t it our responsibility to open our eyes, to stand up to injustice and to fight . . . together for that America . . . where we care for each other and we’re a democracy with equality and opportunity.”