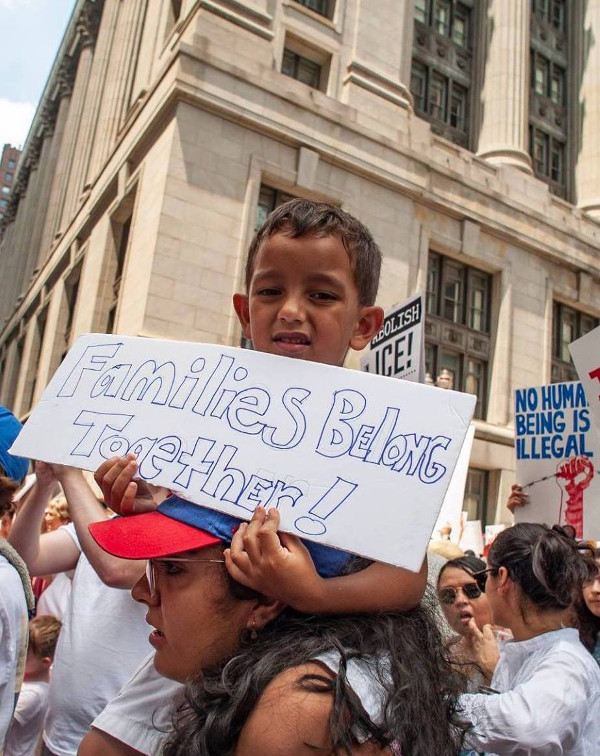 As many as 108,000 people in 25,000 households, including 55,000 children, could become homeless as a result of the Trump administration’s proposed rule changes governing public housing, published in the Federal Register on May 10, 2019.

The changes mandate the eviction of whole families from government housing if a member of the household is an undocumented immigrant. The new rule would wipe out an exception that currently allows families of mixed status to live in HUD housing under a prorated system where they pay more rent. The new rule would give families six months to comply, or face eviction as a family.

First of all, it’s wrong to treat immigrants or any human being this way. Secondly, HUD Secretary Ben Carson said the new rule is necessary to “make certain our scarce public resources help those who are legally entitled to it.” Just in case there’s anyone out there who believes that statement to be true, a real good indication that even Ben Carson doesn’t believe it is the fact that he has requested $9.6 billion less for the 2020 HUD budget.

Ask yourself—why does the HUD budget include $350 million less for Section 8 housing (a government housing subsidy for low-income people)? And why have the capital funds for repairs on units to make them occupancy compliant been slashed to zero? It’s obvious that the “scarce public resources” are artificially created by the Trump administration, and this makes clear the real reason for his newest escalation of attacks on immigrants. The Trump administration’s steady stream of propaganda of hate would have us believe that the solution to every problem is to attack the immigrant. 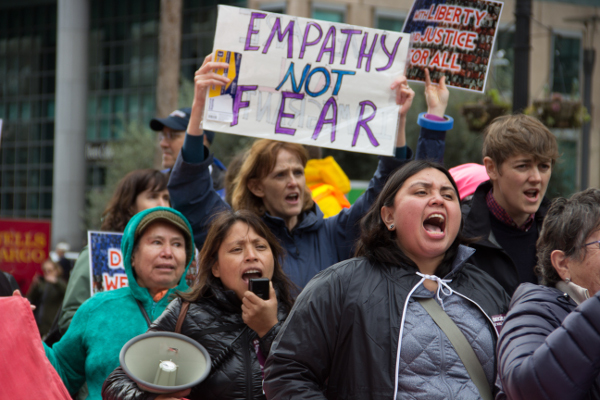 Hundreds gather in Oakland, CA, to protest the sheriff’s policies that led to deportations in 2017.
PHOTO/PEG HUNTER

Dehumanizing immigrants is part of the false narrative that put Trump into the White House, and he is still playing this card by blaming immigrants for the lack of and demise of public housing in this country. In fact, government policies have been eliminating public housing going back to the 1980s, when President Ronald Reagan cut the HUD budget a whopping 78% from $32 billion to $7 billion. Homelessness has grown ever since, bringing us to today’s housing crisis where 4.4 million Americans are currently on HUD’s waiting list for housing, while more than 453,000 out of 5,035,824 available units are unoccupied (HUD Office of Policy Development and Research 2018).

The solution to America’s housing crisis is not to be found in evicting more people. It is to be found in providing affordable housing for everyone. Evicting 55,000 children—the vast majority of whom are American citizens—onto the streets homeless, under the guise of removing ‘undeserving’ immigrants, will be a harbinger of our future. We live in an economy where a growing number of things are produced and distributed by fewer people. Either we defend the immigrant today or tomorrow anyone’s housing can be in jeopardy from a corporate dictatorship that cares little for housing as a human right because it refuses to house anyone it does not need.

Join the more than 30 and growing, pro-housing, homeless and immigrant rights advocate organizations nationwide in condemning these HUD rule changes. Submit your comments electronically by July 9, 2019 through the Federal eRulemaking Portal at http://www.regulations.gov/

This article lists some of the organizations fighting to stop the new HUD rule changes: https://nlihc.org/news/housing-faith-civil-rights-social-justice-and-immigration-leaders-rally-oppose-hud-rule-would

We encourage reproduction of this article so long as you credit the source. Copyright © 2019 People’s Tribune. Visit us at http://peoplestribune.org. Please donate whatever you can! We are supported by reader donations. We get no grants, have no paid staff and have no advertisements. Donate via PayPal at peoplestribune.org or send to PT, PO Box 3524, Chicago, IL 60654-3524.

Homeless say ‘Give us a home or leave us alone!’