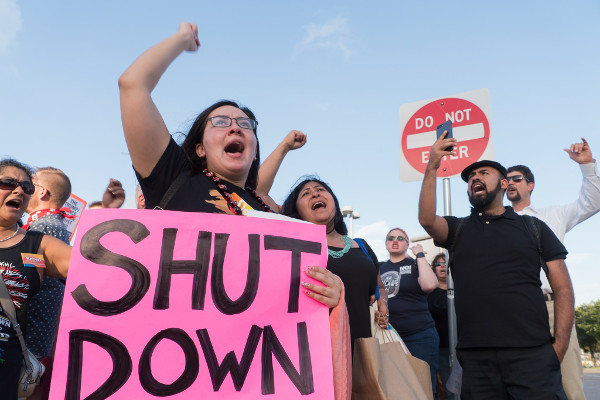 Shouts of “Yes! Yes!” and cars honking support. Enthusiastic waves from passersby. That’s what greeted Southern nurses in bright red union T-shirts as they chanted “Medicare for all!” in late June. The demonstrators were rallying outside the Arsht Center in Miami, site of the first Democratic presidential debates.

Another group held an “Underwater Climate Rally.” A coalition of local environmental groups organized that march to the Arsht Center. Participants carried signs calling for a presidential debate devoted specifically to climate change and placards supporting the Green New Deal.

As the 2020 presidential campaign gets underway, people are insisting that the candidates state clearly how they’ll respond to the huge problems this country faces—the environmental crisis, the lack of health care for millions, the question of homelessness, the attacks on immigrants, and the many other issues that confront us. 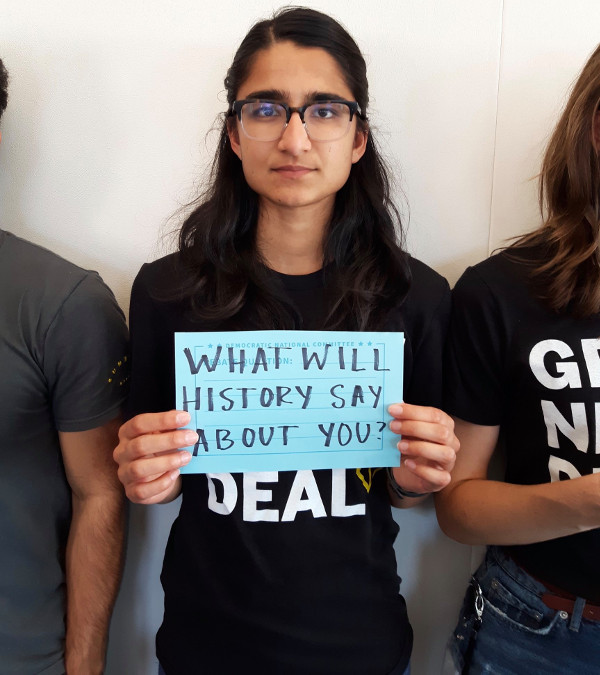 The sudden willingness of many presidential candidates to support progressive proposals has not been caused by some miraculous change of heart. It’s the result of pressure from ordinary people, the fruit of decades of organizing and educating by those seeking justice. For years, grassroots leaders have been fighting around the questions of universal health care and the defense of immigrants. As this hard work begins to change public opinion, politicians are running to catch up with the thinking of an important section of the American people. That’s why we saw every single candidate on a presidential debate stage in Miami raise their hand to support health care for undocumented immigrants, for instance, and why many of the candidates support Medicare for All.

This hard work of changing public opinion needs to continue. We cannot accept a society where a tiny handful of millionaires and billionaires rule for their benefit.

That point was made well by Sen. Bernie Sanders in his eloquent closing remarks at the Miami debate. Sanders pointed out that we need a movement to confront the corporations which are blocking change. 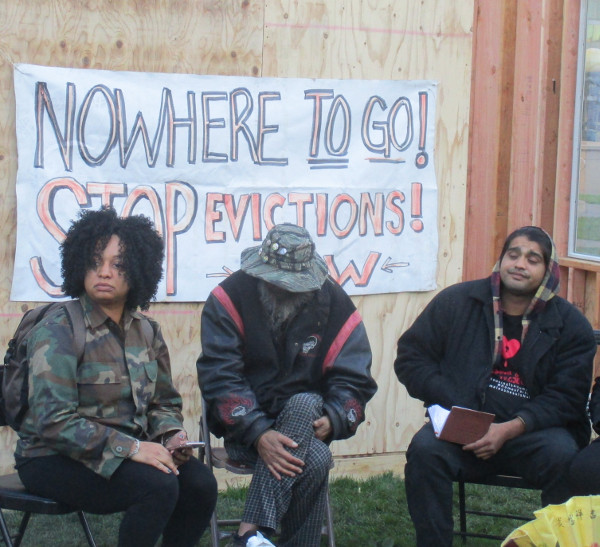 Fighting to have a home.
PHOTO/SARAH MENEFEE

“Nothing will change,” Sanders pointed out “unless we have the guts to take on Wall Street, the insurance industry, the pharmaceutical industry, the military-industrial complex, and the fossil fuel industry.”

“Bernie Sanders is right,” tweeted the Sunrise Movement, the youth-led environmental group. “Our generation is looking for a president who has the ‘guts to take on the fossil fuel industry.’ We won’t settle for less.”

Waleed Shahid, communications director for the group Justice Democrats, tweeted: “He’s right that only power and a movement of millions coming together can upend our corrupt and rigged system.”

The next Democratic debates will take place July 30-31 in Detroit. The Sunrise Movement has called for tens of thousands to demonstrate outside the site and demand that the Democratic candidates say what they’ll do to confront climate change. That’s the approach we need. Let’s hold the politicians accountable.

We need a movement of millions coming together to take society away from the corporations—before those corporations destroy our society and our planet. During the debates and afterwards, let’s keep the pressure up!

Assault on immigrants: Democracy and humanity at risk