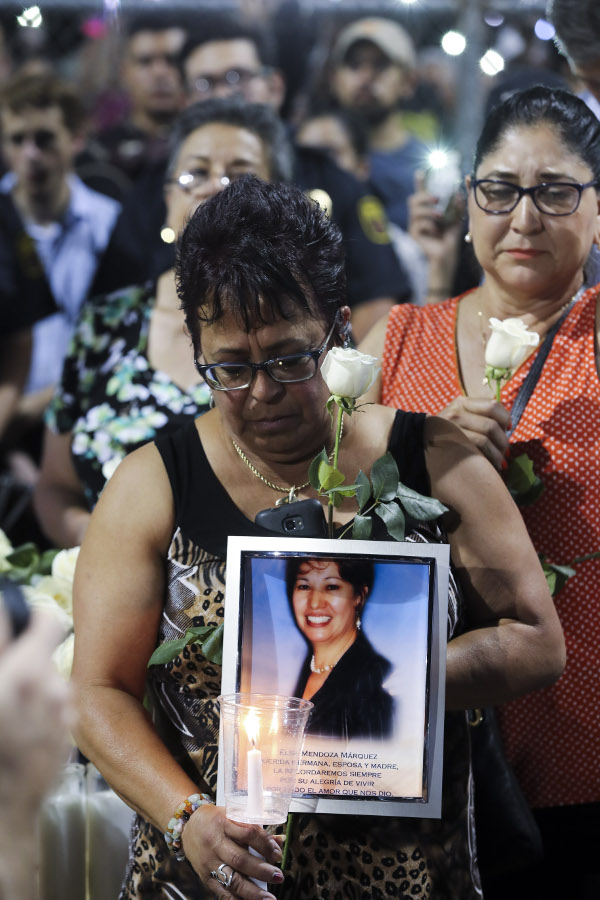 In El Paso, a doctor said he treated patients who had wounds one would only expect to see on a battlefield. Within hours, another gunman opened fire in Dayton, Ohio. The shootings came barely a week after the Gilroy, California, killings. Within days of the El Paso shooting—which targeted Latinos, especially Latino immigrants—ICE rounded up nearly 700 immigrant factory workers in Mississippi, leaving children stranded at school crying for their parents. Meanwhile, Trump, whose racism and xenophobia has promoted violence, posed for grotesque, smiling “thumbs up” photos at an El Paso hospital where shooting victims had been treated.

America seems to be descending ever deeper into a maelstrom of violence, hatred and division. Add to the mass shootings the gun violence in our cities’ poorest neighborhoods, and the violence of the police.

America has been violent from day one, and has a history of racism, and today that history of violence and division is being used to move the country toward a dictatorship. To impose a dictatorship, first you isolate and dehumanize certain groups of people, then you mobilize others in society to attack them. Once society is divided and unstable, a dictatorship can be imposed.

This is what is happening to America. The people and democracy have been under attack for years—whether it’s the mass shootings, the guns and drugs flooding our neighborhoods, the opioid epidemic, the police killings (especially of Blacks), mass incarceration, voter suppression, destruction of civil liberties, restrictions on the right to protest, children in cages, the homeless left to die, people dying from poisoned water or for lack of healthcare and food, and so on—it adds up to mass murder, a destabilized society, and eventually an open dictatorship of the corporations and billionaires.

The economic crisis has given rise to this push for dictatorship because the crisis has unleashed a new kind of struggle among the people. That struggle threatens to push aside the billionaires and corporations and build a new, truly democratic America that will take care of all its people. The powerful cannot tolerate such a threat, so they are forced to impose a dictatorship; it may wear the face of a Donald Trump, or a more “liberal” face, but it will mean the end of any democracy we still have, if we allow it.

But millions of people are joining hands to defend democracy and our humanity. We see it in the people stepping forward to demand that the detention camps close, and people surrounding ICE vans to prevent them leaving with detainees. We see people demanding the gun violence stop, as with the crowd in Dayton that shouted down Ohio’s governor with chants of “Do something!” when he came there to speak. We see it in Mississippi, where people of every color and nationality came out to care for the children who were left without parents by the ICE raids.

In his poem “September 1, 1939” (which was the date World War 2 began), the late English poet W.H. Auden wrote, “We must love one another or die.” These words could have been written yesterday. We can unite as human beings with common needs and a common yearning for democracy, equality, and a way to take care of ourselves and our families. There is plenty of everything for everyone today. We can only advance together. Let’s get to work.