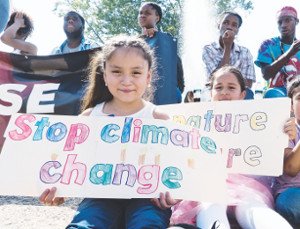 CHICAGO, IL — “The oceans are rising—and so are we!”

That defiant chant shouted by thousands of marchers summed up the mood during the massive Global Climate Strike September 20. More than 4 million people took part in the 2,500 events in more than 150 countries, demanding an end to fossil fuels and serious action to reverse climate change. 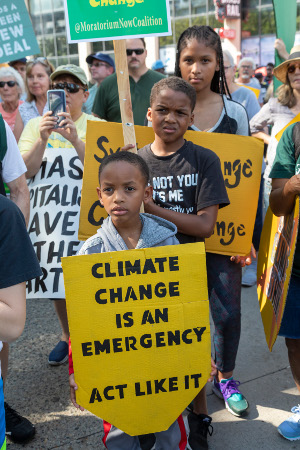 Across the world, there was a broad recognition that—as one sign in New York City pointed out—“Our Planet Is Poisoned For Profit.”The protests were huge, vibrant, and colorful. The participants were overwhelmingly young. The protests were partly inspired by the activism of Swedish teen-ager Greta Thunberg who has staged weekly protests over the past year about climate change.

Brazilian activist Artemisa Xakriabá told New York strikers, “The Amazon is on fire. Our future is connected by the same threads of the climate crisis.”

In Chicago, marchers chanted: “Say it loud! Say it clear! We only have 11 years!” Numerous signs called for “System Change, Not Climate Change.” 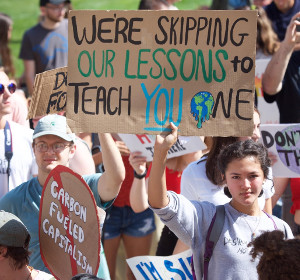 The extraordinary day was summed up well by Varshini Prakash of the Sunrise Movement, one of the organizers of the protests:

“Yesterday our generation took over. We really did. Our voices, our anger, our energy, our demands for serious climate action were everywhere—flooding the streets on all seven continents, and on the front page of nearly every newspaper in the world. And now that we know what it feels like to take the streets and take control, we’re not stopping.

“From now to Election Day 2020 and beyond, we need to build an unstoppable force in every city and town across the country that cannot be ignored by those in power. We will mobilize our generation in historic numbers to strike and vote so we can make crystal clear that any candidate who wants the youth vote in 2020 must make the Green New Deal a top priority.” 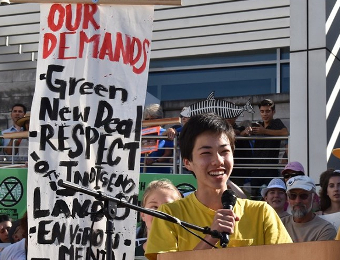 Those sentiments were echoed by Mary Boeve, the executive director of the group 350.org who said in a statement:

“[On September 20] we saw a movement, made up of people from all ages and backgrounds coming together and calling for the end of coal, oil, and gas. … September 20 was a demonstration of intent, of four million people who say that they are ready. Ready to move on and make the changes we need for a future free from fossil fuels and based in climate equity and justice. And it was only the beginning.” 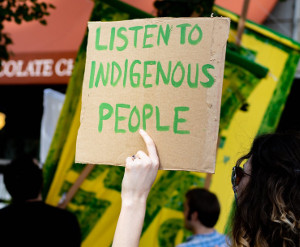 Today, young people are stepping CHICAGO, IL — “The oceans are rising—and so are we!”forward to lead the struggle for change—just as previousGlobal Climate Strike, Detroit
Photo/Anton Dalek generations of young people did.

The Global Climate Strike showed that the world’s corporate elite can be challenged through unrelenting pressure from the grassroots. We can confront those corporations about climate change and also about the denial of health care and education and every other injustice in our society.

Let’s keep the pressure up! We have entered a moment in history where the choice is clear: Either the people will end the rule of the corporations, or the corporations will destroy humanity and the planet. System Change, Not Climate Change!

Strikes sweeping nation and globe have much in common