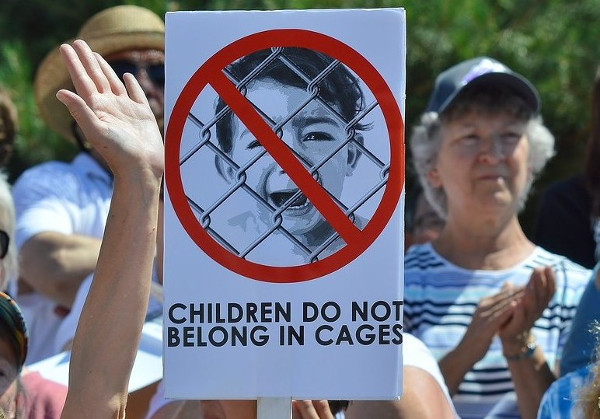 Editor’s note: Outrage continues to grow at the cruel separation of children, even infants, from parents at the U.S. border, and now, at Trump’s policy to deploy elite tactical ICE units to sanctuary cities to round up immigrants. Below are comments left on media that illustrate broader awareness of what this assault means for immigrants, and for all of us. We want to hear your thoughts. Leave comments on our website at peoplestribune.org

“The child separation policy is a stain on this country that will resonate for a generation or more. It’s truly hard to conceive of what type of people it takes to separate [a] 4-month old [baby] from his parents. While we rightfully blame Trump and his lackeys, let’s also place bipartisan blame on Congress who have never had the courage to pass comprehensive immigration reform.”

“Good grief. Now he’s going to use the military in our cities. Are these tactical units really prepared to shoot down unarmed immigrants … who are trying to cross the border? … And what of American citizens? Are we next?”

“What are we becoming as a country?”

“Three years ago, I would have dismissed the [above comments] as … overly alarming. Now, not so much: Are we witnessing the birth of a Schutzstaffel (SS)-kind [of]organization? one that would grow from a narrow mission (border patrol) into one tasked with guaranteeing “security,” performing surveillance and instilling terror among ever larger sections of the population? in order to keep everyone in check? That could happen here, and it’s our duty to prevent it. Vote for Democracy in November!”