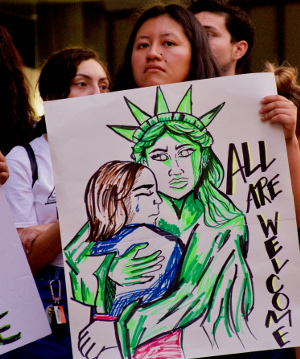 DETROIT, MI —Beloved America. This is a rotting empire. Weren’t many of us happy to see Obama win after the reign of Bushes? My father donated to that [Obama]campaign. It was the only political campaign he ever donated to, not even to Kennedy’s. I didn’t expect Revolution. But I remember seeing very elderly Black people whose lives touched slavery say that they could die happy. Even if the whole voting scam is a complete hoax on us, we do not have another government. We do not have another country. This is all we have.

To even raise these things in public discourse is a huge step forward. This means that social media, word-of-mouth and people in the streets are more powerful than MSNBC, CNN and even Fox News.

Let us have our dreams. Another world is possible.