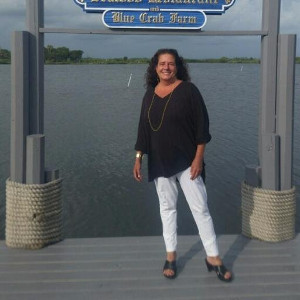 Editor’s note: April 20 marks the tenth anniversary of the BP Horizon oil rig disaster which dumped millions of barrels of crude oil into the Gulf of Mexico leaving death and devastation along the coastal communities, including Florida. Sources at the National Institutes of Health estimated that 170,000 residents would die of spill-related illnesses by 2022. Trisha Springstead, a nurse residing on the Apalachicola Bay in Panacea, FL, who works with residents affected with these illnesses, and featured in the documentary “The Cost of Silence,” says thousands have already died and many more are sick and dying. Trisha and others affected by the contamination are now speaking out about the planned drilling of Apalachicola Bay off the Florida coast. They are appealing to Florida Governor Desantis, who touts himself as the environment governor and stopped drilling in the Everglades only to allow a Texas oil company to drill exploratory wells in the Florida panhandle.

I have spent the last nine years of my 40-year career in health care working with the people who are suffering from the impacts of the Deep water horizon Oil Disaster.

As of this writing, tens of thousands of people have been impacted by the use of chemical dispersants and oil from the Deep Water Horizon Oil Spill in 2010. The use of those dispersants made the oil 52 times more toxic and more bio available to the human body. What we are still seeing are horrific lesions, neurological damage, respiratory illnesses, adult childhood, soft tissue and blood borne cancers.

The soon to be released movie, “The Cost of Silence” by Mark Manning, director and producer of “Road to Fallujah,” has just premiered at the Sundance Film Festival in Utah. This film validates what I am saying about these illnesses. BP hired paramilitary groups to patrol the beaches, threatening people with jail, trolled people who were impacted on Facebook; attempted to squash the press, have denied that these illnesses existed with the massive PR campaigns by Olgivy and Mather Public relations firm. BP paid some claims and not others turning brother against brother even though all they were all equally affected.

Corexit [a dispersant] continues to be on the National Contingency Spill Plan along with Corralling Oil and in situ burning. When the spill occurs in Apalachicola Bay it will create an unmitigated disaster on the entire estuary, her inhabitants and our residents.

Governor DeSantis and the Legislature must stop this recklessness and pervasive experiment on humans, fish and wildlife.

View this short film for more information on Trisha’s Second Wind Project documenting the ill health of Gulf residents in the fight for justice at http://bit.ly/2windvideo/ Contact Trisha on Facebook at fb.com/TheSecondWindProject; by email at 2ndwindproject@gmail.com; or call 352-212-2217.

One thought on “Oil drilling in Apalachicola Bay will be catastrophic”