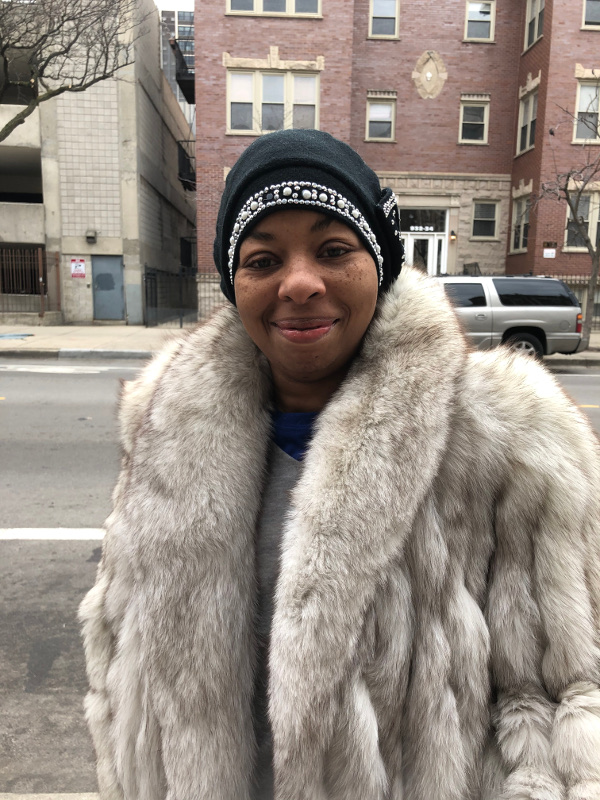 Bonnie, a friend and fellow resident who lived in the same encampment with Wayne Warren.
PHOTO/ADAM GOTTLIEB

CHICAGO, IL —Wayne Warren, 73, froze to death in his tent at the Roosevelt and Desplaines Tent City in Chicago, Illinois in the early morning of February 15. He was an army veteran. He is remembered below by Bonnie, a friend and fellow resident who lived in the same encampment with him. Wayne’s friends have been unable to find a photo of him.— Adam Gottlieb for the People’s Tribune

Wayne was a beautiful person. He taught me so much about life by showing how to survive through a war, how to survive being homeless, and just how to live and love life as it is, and not be judgmental. That’s who Wayne was to me, a very non-judgmental man, and very kind in opening up himself . . . Even though he passed away in such a sad way, he will always be remembered . . . He was a war hero.

They used him to shield people from bullets, but now that he’s not in war, what is he now, a piece of trash? No! He was great when he was fighting for the country—Yay, America!—but now that he ain’t doing nothing for “America,” screw you! That’s wrong. He still was a human, he’s still that same human. He may have fell down on his luck, but he still was a human, and he had a heart of gold.

We are worthy of being here. And it bothers me, because he [Wayne] felt that nobody cared . . . Two weeks before he died, his brother had died of a drug overdose . . . And he was so hurt. I stood there and I prayed with him, he stood there and said, “You know what, nobody ever did that for me before.”

We are human, just like you are. We’re just houseless. That’s it, that’s all…