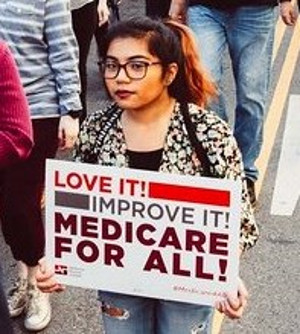 Trump says America will never be a socialist country, but Bernie Sanders pointed out recently that it already is. He said the problem is, it’s just socialism for the rich.

Here are just a few examples of the subsidies provided to corporations by the federal government:

• According to economist Robert Reich, in 2018, the country’s largest banks saved $21 billion thanks to Trump’s tax cuts.

• The government subsidizes the pharmaceutical industry in various ways, including by covering about one-third of the $100 billion annual cost of biomedical research, an American Medical Association study found.

• And according to Taxpayers for Common Sense, tax breaks, weak regulations and other subsidies to the oil and gas industry have added more than $100 billion to the industry’s profits over the last several decades. The industry has racked up $2.4 trillion in profits (in 2019 dollars) since 1990.

Maybe if those on the bottom could get at least as much socialism as those on the top, we could lift everyone out of poverty. And, maybe we could take a step toward getting rid of the corporations altogether while we’re at it?