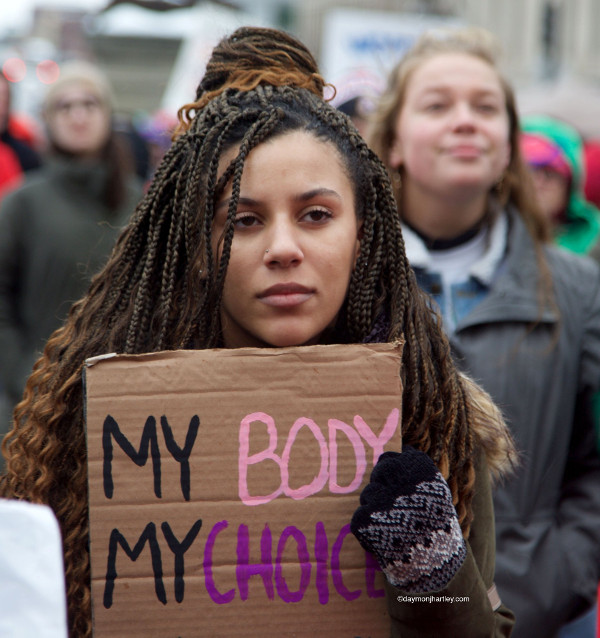 Women are leaders in the struggle for a better world.
PHOTO/DAYMONJHARTLEY.COM

Editor’s note: The year 2020 marks the 100th anniversary of women winning the right to vote, one of the greatest political battles in United States history. To commemorate that victory, the People’s Tribune will be printing articles this year about different aspects of the movement of women workers for equality that continued through the 1965 Voting Rights Act to today. Send your articles to info@peoplestribune.org.

In honor of the 100th anniversary, the Smithsonian opens a major exhibition on the history of women’s suffrage: “Votes for Women: A Portrait of Persistence.” The exhibition introduces us to more than 60 suffragists. On view will be portraits of the movement’s pioneers, notably Susan B. Anthony and abolitionist Sojourner Truth, and 1848 Seneca Falls participants, including Elizabeth Cady Stanton and Lucy Stone.

As it delves into the complexity of the movement, the exhibit pays special attention to African-American suffragists and other women of color who worked on all fronts of the movement, but who were excluded from many leading suffrage organizations. What follows are excerpts of a conversation between Kate Clarke Lemay, historian and curator of the exhibit, and Martha S. Jones, historian and author. 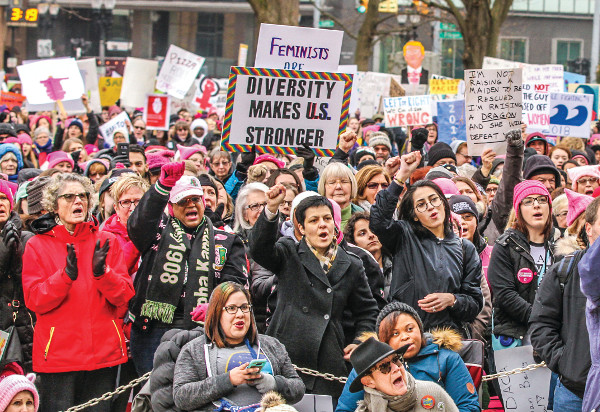 Some of the millions who have attended the U.S. Women’s Marches.
PHOTOS/CATHERINE OTTARSON

Kate Clarke Lemay: When you think of African-American women activists, many people know about Rosa Parks or Ida B. Wells. But I didn’t know about Sarah Remond, a free African-American who in 1853 was fRead the full article from which the above is excerpted at bit.ly/womensuffragecolororcibly ejected from her seat at the opera in Boston. She was an abolitionist and was used to fighting for citizenship rights. When she was ejected, she sued and was awarded $500. … I was really moved by her courage and her activism, which didn’t stop—it just kept growing.

Martha S. Jones: Visitors are re-introduced to a figure like Sojourner Truth. … Here, we have the opportunity to situate her as a historical figure rather than a mythical figure and set her alongside peers like Lucy Stone, [an early advocate of anti-slavery and women’s rights] who we more ordinarily associate with the history of women’s suffrage. For example, in a Sojourner Truth portrait taken in 1870, she made sure to be portrayed as someone who wasn’t formerly enslaved. Being portrayed as such would have garnered her much more profit as the image would have been considered a more “collectible” item. Instead, she manifested dignity in the way that she dressed and posed. … She insisted on portraying herself as a free woman.

Lemay: All of the suffragists showed persistence, but two that come to mind are Zitkála-Šá and Susette LaFlesche Tibbles—both remarkable Native-American women leaders. Their activism for voting rights ultimately helped to achieve the Indian Citizenship Act of 1924, which granted citizenship to all Native-Americans born in the U.S. But their legacy stretched well beyond. … Some states excluded Native-Americans from voting rights through the early 1960s, and even today, North Dakota disenfranchises Native-Americans by insisting that they have a physical address rather than a P.O. box. More than a century ago, these two women started a movement that remains essential.

Today, women continue to use the vote as a weapon in the fight for women’s equality and social justice for all in this country.

Read the full article from which the above is excerpted at bit.ly/womensuffragecolor