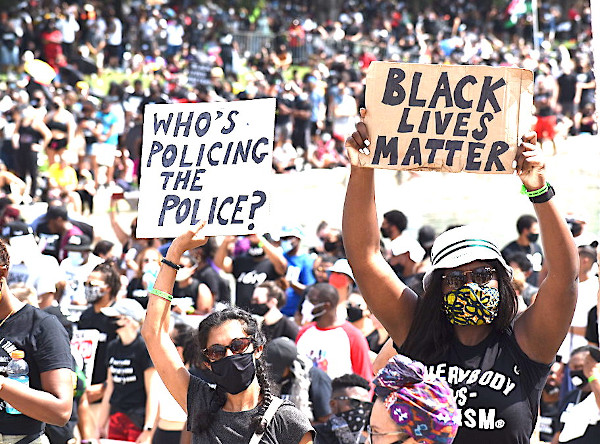 The recent March on Washington was a call to acton against racism and police killings of African Americans and about the urgency of voting.
Photo/T.J. Davis

This year has been a time of great sorrow but also of magnificent rebellion. Voters flocked to the polls in the earliest primaries — to cast their ballots for the presidential candidates who supported universal health care. Later, when the pandemic struck, millions demanded safe working conditions for essential workers — and economic security for all. When George Floyd was murdered, massive street protests began against systemic racism and police violence

This vibrant grassroots movement has confronted political leaders both in the streets and in the electoral arena.

At the Democratic National Convention, more than 1,000 delegates voted against a party platform that rejected Medicare For All. And without the gigantic protests which followed the murder of George Floyd, the historic nomination at that convention of the first black woman to be selected as the vice-presidential candidate of a major party would never have happened.

Today’s battle for transformative change has never been about simply getting rid of one man. At the same time, everything that the movement is fighting for could be destroyed soon — depending on what happens on Election Day 2020. 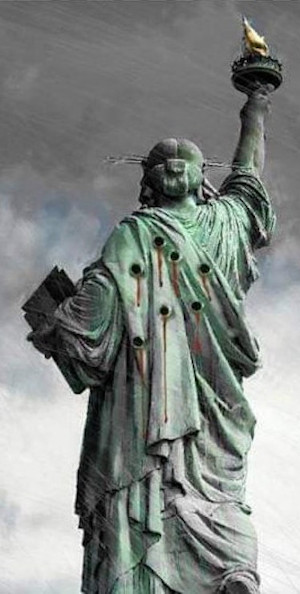 Our country stands at a fork in the road.
Meme from FB

The Republican National Convention provided irrefutable proof that the Trump campaign has become the banner of an open fascist movement —funded by a section of corporate America and the ideological right. The horrific events in Kenosha show that this fascist movement is militarized, racist, and murderous. If Trump has four more years in office, what little that remains of American democracy could be destroyed. Trump and his allies must be stopped.

Sincere, militant leaders of the fight for justice — people who are completely independent of the Democratic establishment — have reluctantly concluded that there’s only one certain way to defeat Trump: voting for Joe Biden. For millions waging the fight for economic, environmental, and racial justice, that vote won’t constitute an endorsement of Biden’s personality, past, or program. It will simply be recognizing the indisputable fact that Trump and his vicious fascist movement present a unique danger. As one young leader of the environmental movement told fellow activists on a conference call, a vote for Biden is not “a bet on Biden; it’s a bet on our movement.”

We need a massive turn-out of voters this autumn. That’s the only way to beat Trump decisively, thwart voter suppression, and ensure that the genuine progressives prevail in the down-ballot races. Voting is only one tool in the tool box of social change, but it’s one we must use this year. After the election, this new grassroots movement will need to keep pressing its demands for justice.

This is the most important election since 1860. Our country stands at a fork in the road. Sometimes, the best in a people can be summoned only when the danger is the greatest. Our ancestors spilled their blood into Antietam creek and on Normandy beach to stop slaveholders and Nazis. That part of the American character — so often concealed — will show itself again. Donald Trump can and will be defeated — setting the stage for the further unleashing and unity of the movement.