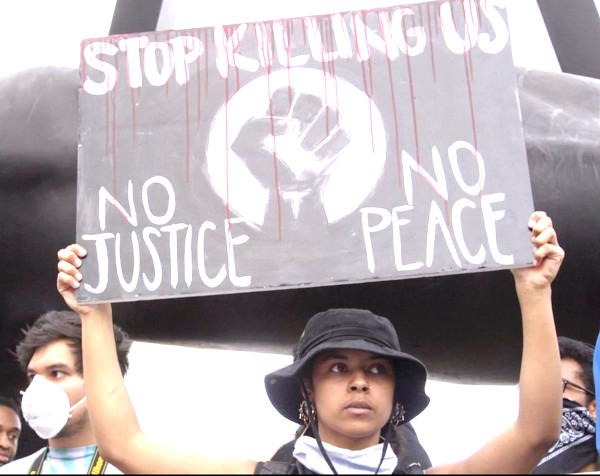 America is facing a stark choice right now—a choice between light and darkness, between a true democracy and dictatorship. This question is coming to a head as more people are drawn into the fight for their demands in the electoral arena, and also in the streets.

There are many points of view among those of us who are fighting for justice, equality and democracy. We don’t all agree on the strategies for moving forward. But we must have a massive, united movement to deal with the immediate crisis, or we could face a sudden lurch into a violent and oppressive dictatorship.

The threats facing us are severe: will we have a dictator in the White House who foments white supremacy and violence, openly suppresses the vote, and cares nothing about pandemic deaths or the growing poverty? Will we allow mass evictions, millions with no health care, millions jobless and homeless? Will the racist assault on black Americans, immigrants and people of color continue? Will we continue to have police and right-wing militias dehumanize, brutalize and kill people at will? Will we allow unidentified armed men to kidnap people off the streets into unmarked cars? Will we get control over the police?

The key to our unity flows from our country’s past. Because of this country’s history, the treatment of black Americans has always been central to American politics. Every time the powerful have wanted to drive down the people as a whole, they start by attacking black Americans, and every time black Americans have advanced, our whole society has advanced. It’s no accident that today we see the fomenting of racism and a focused assault on blacks, especially the brutality and murders by police. Thus locking arms with black America is at the heart of defending and extending American democracy.

There is a vast movement for justice and democracy that is marching, striking, voting. It’s on the right track; a large measure of unity has already developed on many fronts. But we must not fail. We won’t agree on everything, but can we agree that America must be a democracy; that white supremacy has to go; that the struggles of all who are under attack—and the fight of black Americans in particular—must be central; and that the government must guarantee that all people’s basic needs are met. If those who are fighting can be united around this kind of simple program, then the drive toward dictatorship can be defeated, and the way can be opened to strip the wealthy of their power and turn America into a real democracy.