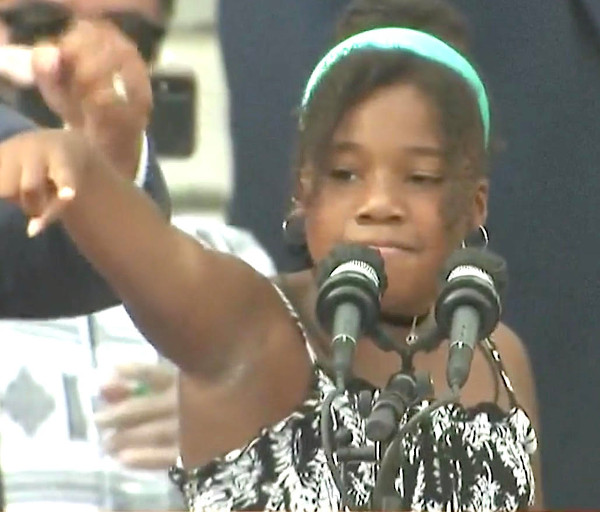 Thousands joined the Commitment March on Washington, a call to action against racism and police killings of African Americans. Among the speakers were relatives of George Floyd, Breonna Taylor and Eric Garner, and young visionaries:

“The worst economic crisis since the great depression, more extreme weather than ever . . but great challenges produce great leaders. We have mastered the selfie and TikTok. Now, we must master ourselves. Less than a year before he was assassinated, my grandfather predicted this very moment. He said we were moving into a new phase of the struggle. The first phase was the civil rights and the new stage is genuine equality and genuine equality is why we are here today, and why people are coming together all across the world from New Zealand to New Jersey. He said that we must not forget the days of Montgomery. We must not forget the sit in movements, the freedom rides, the Birmingham movement and Selma. Papa King, we won’t!