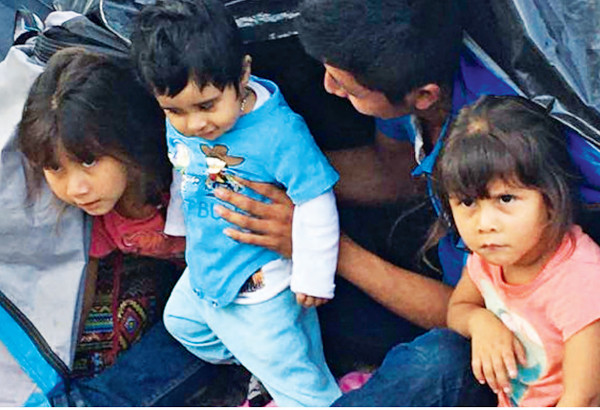 The humanitarian crisis at the US-Mexico border has demanded immediate action to stop the suffering that asylum seekers are enduring under the cruel policies enacted over the past year by the US government. Specifically, the Migration Protection Protocols (MPP) forces asylum seekers to wait indefinitely on the Mexican side of the border, while their court dates continue to get pushed further and further into the future. Families awaiting their day in court have reported that due to COVID their September appointment dates have now been pushed into January of 2021. As of this month many have lived a full year in what has come to be known as “El Campamento” or “The Camp”.

To fully understand the challenges and suffering of asylum seekers you have to understand the conditions of “The Camp.” Children and their families are living in tents in an open field in one of Mexico’s most dangerous regions, known for aggressive cartel violence and kidnappings. Conditions are deplorable. There are rats, snakes, infestations of mosquitos.

In August, flooding from a hurricane threatened the well-being of the camp, many losing their homemade kitchens and their few belongings. Parents reported that their children are losing their appetite, illness is escalating, while mental health among asylum seekers is declining. Hope is turning into despair with each passing day. Recently, several drownings have been reported at the border. One mother shared her fears saying, “el Rio Bravo es el ladron de mis sueños” (the Rio Grande is stealing my dreams).

COVID has added another layer to the already-limited resources. The border has been shut to volunteers and the number of U.S. organizations that asylum seekers have come to depend on for safety and support has been reduced.

The separation of families has continued. Families are now being forced to decide whether to send their children to live with family members, to spare them from battling the grueling physical and emotional conditions.

As night falls, hunger sets in and fear takes over, families ask why would the United States put us through this? They are fleeing danger, violence, and do not have the choice to turn back. They are living in a dangerous limbo, fearful of returning home and terrified of their current life in Matamoros as they endure the wait imposed by the US legal asylum request process. The majority do not have access to legal representation, or the resources to understand their court process. The reality is that MPP has been established to deter and destroy the asylum process that the United States put into place decades ago.

One of the implications of MPP being enacted on the Mexican side of the border is that there are few media reports on the realities of what families are experiencing. Our Bay Area Border Relief team has been working hard to be present at the camp, providing the asylum seekers with supplies and resources, as well as mental health support every three months. Now our team receives daily calls from the camps, during which people express their stress, helplessness, and fear, asking about their court date, wondering how they will endure the long wait.

Our call to action is NOW! We must vote, we must write letters to our representatives demanding change, we must demand an end to MPP. We must stand UNIDOS in this struggle for every asylum seeker at our borders. This humanitarian crisis demands that we call for an end to the inhumanity, and the destruction of asylum, and that the United States recognizes the irreparable harm of what I have defined as “Trump Trauma” that is being embedded in every child and family waiting for asylum under MPP.