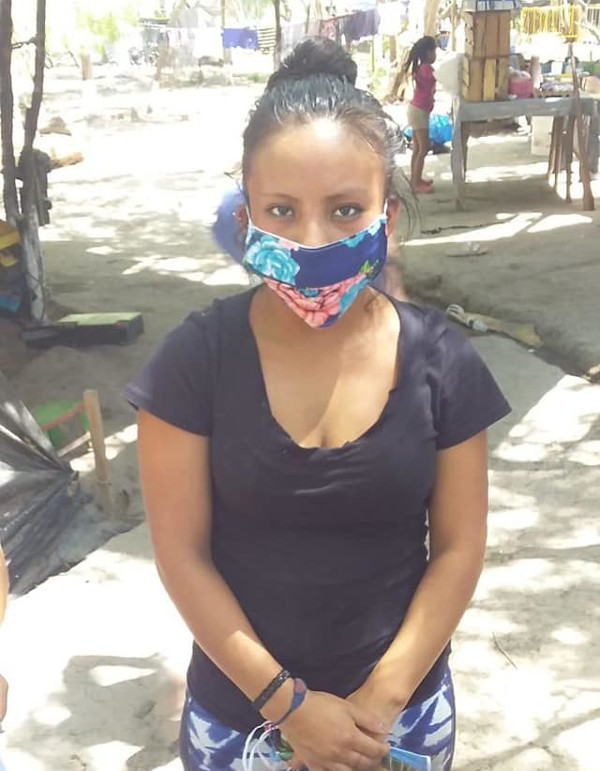 One of the residents of a camp of asylum seekers in Matamoros, Tamaulipas, Mexico.
Photo/Charlene BuildbackBetter Frank

A delegation of activists, researchers and independent journalists, sponsored by the People’s Tribune and our sister bilingual publication, El Tribuno del Pueblo, are presenting a series of panel discussions via Zoom about how US immigration policies affect migrants, refugees and communities on both sides of the southern border. The first panel was Aug. 13, the second Sept. 3, and the next one is Sept. 17. Below are excerpts from two speakers at the Aug. 13 panel, which focused on the impact of the Migrant Protection Protocols (MPP) that force migrants and asylum-seekers to remain in Mexico while their pleas to enter the US are considered. Recordings of the panels will be posted later on the PT and TP websites.

Sister Norma Pimentel, executive director of Catholic Charities of the Rio Grande Valley: “The stories of abuses and violations at the camp [in Matamoros, Mexico] are so many…They just want it to stop. They don’t want to go back home because they know it’s a sure death… they only want to be able to enter the United States where they believe they will be safe…The United States is solely responsible for such atrocities that are happening to thousands of families at the border. We have failed humanity because we have failed to stop policies that are breaking the human soul. Let us stop the inhumanity and the policies that destroy life. Let us stop MPP.”

Jennifer Harbury, attorney, human rights activist and advocate for farmworker families: “Almost anyone that comes up from Central America or Africa or whatever has been told that if they talk [to US asylum officials] about what the cartels and gangs did to them or their family, that the next day someone will go after them or whoever got left behind….One young man fled after he was told they would kill his baby if he didn’t start working with them that night in Honduras. So he fled that afternoon with his wife and his baby. And when he got to Northern Mexico, he called home for his mom and little brother and sister, and they’d all been bludgeoned to death. So in Reynosa [Mexico], after four or five interviews with people, I found that half to 80% [of refugees] are being kidnapped [and held for ransom or sold]. It’s a very shocking level of violence, but it’s what’s really happening.”