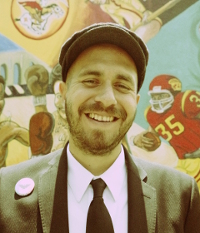 David A. Romero: I’d like to see a world where there are no borders, no walls, and no fences saying “prohibited,” “do not cross” or “private property.” I want to see the full productive capacity of humanity (as expressed in such amazing new technologies as the 3D printer) fully unchained. Let’s all become poets, artists, philosophers and scientists!

Marlon Stern: I want to live in a world where food, shelter and healthcare are not things that have to be earned; a world where the stress of survival in the attainment of these necessities of life is replaced 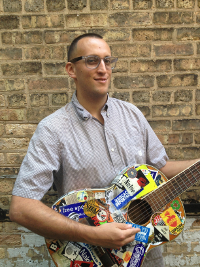 with a feeling of belonging, and possibility, and knowing that the short time we are here on earth can be used instead to search for the deeper meanings of existence. I especially want to see an elimination of all the social side effects of millions of people who feel powerless in relation to the horror and alienation of private industry; an end to the cyclical domestic violence and abuse rooted in frustration.

PT: What is the role of poets in the revolution?
Sedillo: It is like that of any artist in the midst of a revolution: to reflect the revolutionary values and demands of whatever side they are on. For a peoples poet, his or her role is to advance the values and thinking of creating a society in the interest of the people.

Romero: It is to push the revolution; to educate people, to speak about issues that others might feel uncomfortable with speaking about; to speak out with confidence the things that other people might be afraid to talk about, but that they feel deep down in their bones; and, by doing so, give them the urge, the push, to make these ideas they have, a reality.

Stern: Poets are important to capture the imaginations of people who have been told for generations that they do not have a choice but to participate in this perpetual cycle of oppression and misery. Poets have an imperative to get out there and plant the seed that will grow, to say, “This can change.”