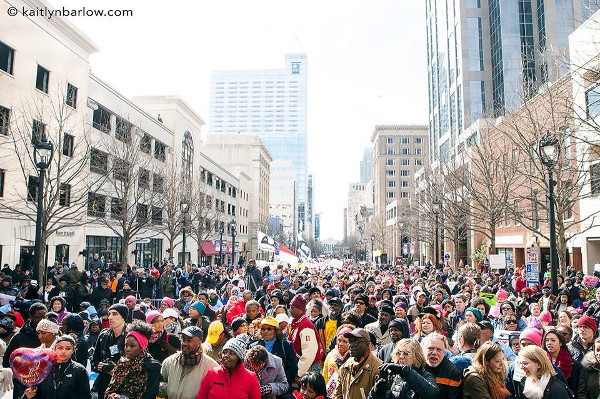 As of February, 2015, there are 2,089 billionaires in the world and growing—537 of them live in the US. The Internet and media abounds with their happy faces, subliminally messaging, “this could be you” —each one a poster child for the virtues of private property and the capitalist system.

Less prominent in the news is the fact that there are tens of millions in poverty for each billionaire, and their numbers are growing even faster. The situation is causing people to question the capitalist system.

A case in point is the state of Michigan where automation has destroyed auto industry jobs. Some politicians and their corporate friends schemed up a plan to make billions by privatizing the public water system in Detroit. They doubled and tripled people’s water bills. With high unemployment and 40% of the city in poverty, many had no ability to pay.

The city then paid a private corporation millions to shut off the water of Detroit’s poorest homes at the rate of 3,000 per week. At the same time, other corporations in Detroit owed $30 million in water bills collectively, but no one cut off their water.

United Nations investigators called the water shutoffs a violation of human rights, international law and a public health crisis. In spite of all this, and after months of defiant resistance and jailing of protesters, the shut offs continue with 59,000 more homes targeted.

People nationwide are asking why something so necessary to life and abundant like water has to be corporate private property. Can’t it be publicly owned and shared by us all? What they are asking about is a cooperative society, communism.

Collins English Dictionary defines communism as, “Advocacy of a classless society in which private ownership has been abolished and the means of production and subsistence belongs to the community.” Cambridge Dictionary of American English further defines it as “An economic system based on public ownership of property and control of the methods of production, and in which no person profits from the work of others.”

To the new class of workers who are under employed, unemployed, destitute, homeless, and being thrown out of society, this is the practical solution to all our problems. However, the professional pundits of the ruling class will holler, “hold on there, that’s utopian pie in the sky.That doesn’t work.” But isn’t what we are living under now your “utopian pie in the sky that increasingly doesn’t work?” You have never been so rich, and we have never been so poor.

This is not the same old poverty. The electronic automated production of the computer and robot is throwing workers out of the job market forever. The ruling class will not feed, clothe or house workers it doesn’t need. The only solution for workers permanently thrown out of capitalist society is to build a new cooperative society.