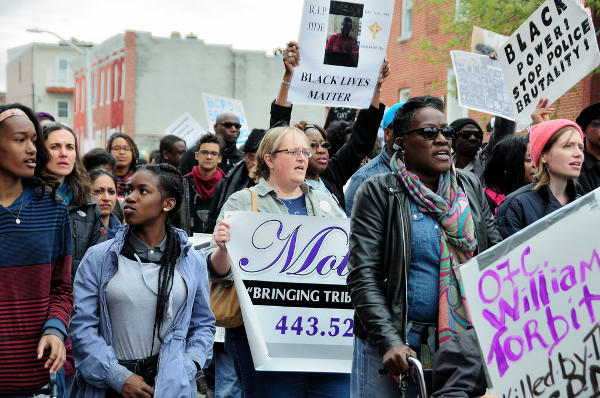 The underpinning of the rising police state is the changing economy and the mass poverty it produces. Given American history, it could not be otherwise that the victims of police brutality are overwhelmingly people of color. History also shows that as this brutality becomes accepted by the majority, it is inevitably used against everyone. To stop a complete fascist police takeover of the country, every instance of police violence must be fought.
Related articles in this issue:

Spectacle of horror in baltimore

Mothers rally for justice for their children

Welcome to the new Jim Crow