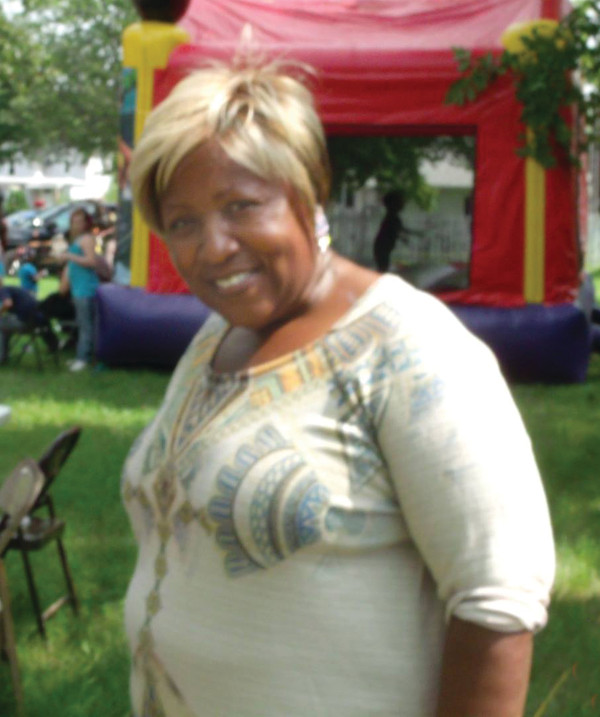 BENTON HARBOR, MI — I’m running for Commissioner at Large in Benton Harbor, MI. Mary Donald, the previous commissioner passed away. Up to then I had no desire to run because I felt she was doing a good job. So, now I’m running as a write in candidate. After she passed away I knew the wolves would be out and I didn’t want to make it easy for them. Once they get your vote and they’re in, you never hear from them. They have their own agenda.

My platform is “You deserve be to be heard!” I will be your voice. That’s why I’m running.

The city needs so much. One of the things involves water. Drains are plugged up. You can’t go in and clear them out. In the winter, there’s ice and it’s easy for a car to start sliding and hit another car. Water bills are crazy. They won’t do anything about it, but, anytime the downtown people ask for something, they jump right to it.

The phone and cable company cut branches and leave them on your property. Then that person gets ticketed to get the branches out. They don’t even have a service to pick up branches. You have to call a company and pay.

They want the city to become decayed so they can get the properties for zero. Whirlpool then comes in and has access to the best property. They want us out of here. They closed most of the schools. The high school will be moved way out of town. The gimmick is to run residents out by moving schools further out. Children have to catch a bus to get out there. Then they’ll say they don’t have money to bus the kids and the parents will have to move out there.

The officials like the city manager that runs the city, and even the school superintendent, don’t do anything without making a phone call, to get an OK from Whirlpool. We’ve got a city of puppets. They only move when the strings are pulled. We’re knocking on doors and telling people what is going on. We want to make the people a part of it. I tell the, “You voted me in and now you come and support us, because I’m supporting you.  I’m a resident here too and what happens to you happens to me.”

The former County Commissioner Bob Wooley stole money yet he is treated better than Rev. Pinkney who they weren’t able to nail down with any evidence, but convicted him anyway. Now they want do get the dirt they want done before he gets out. We need to raise funds for Rev. Pinkney’s defense. Let him know we’re still here fighting and that we support him. Make a donation at the BANCO website, bhbanco.org.  And, vote for Emma Kinnard as a write in.