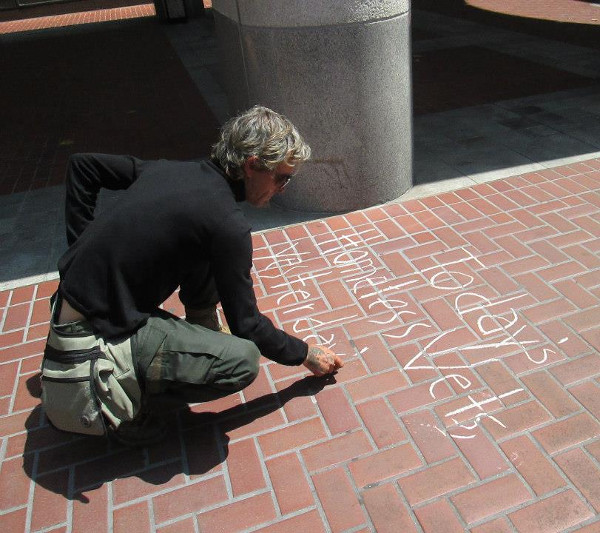 Michael Clift [‘Pirate Mike’], homeless veteran and activist for the rights of the homeless and everyone dies in October, 2015.
Photo/Sarah Menefee

Michael Clift [‘Pirate Mike’], homeless veteran, member of Veterans for Peace and founding member of OccupySF, was struck and killed October 30 on a Texas highway, while on his ‘Odyssey for Peace’ bicycle journey across the country, to bring attention to how, in his words, “American citizens have shamefully and quietly passed by thousands of homeless and needy veterans living on the streets of our small towns, the steam grates of our teeming cities, and in the canyons and wilds of suburbia.” He was an artist, peacemaker, visionary and revolutionary of the highest order. Rest in Power, Pirate Mike!

One thought on “Rest in power, Pirate Mike!”