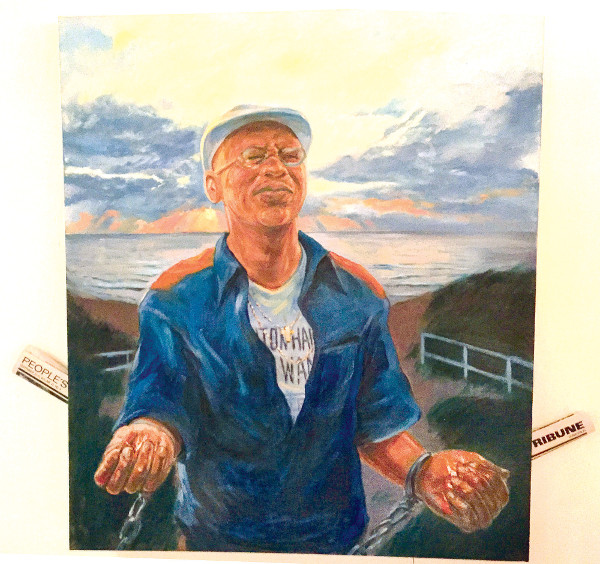 MARQUETTE PRISON, MI —To the American government: I wonder if your morals and spiritual progress is commensurate with scientific process. It appears to me that your morality lags behind. Your mentality out-distances your morality.  Your civilization outshines your culture.

We must determine how to live in an economic system that doesn’t feed, clothe and house its people. The only answer is that it must be and will be overturned and replaced with a system that meets the needs of people.

The struggle that has taken place in Benton Harbor reflects this need, and holds lessons for the American people. The fight is a war over whether America will have prosperity and democracy or live under the heel of open corporate rule.

My conviction with absolutely no evidence by an all white jury that was motivated by something other than the truth is just a piece of the puzzle. It is a direct attack on democracy in Benton Harbor and around the country. It shows that the corporate power structure is determined to crush anyone, poor Black, poor white, poor brown, poor red, poor yellow, and all others who stand in its way. The corporate war will use me and you if necessary to accomplish its goals. It is part of a process underway across America, of the powerful trying to save a dying system.

We must remember that God does not forget his children, who are victims of this spreading evil form of corporate government rule. It is common for law officials, the establishment, and criminal justice system to use terror and brutality against the poor. Due process is virtually nonexistent because the courts are controlled by corporate judges, corporate prosecutors, and all white juries that consistently rule in favor of those who control the system. The largely white corporate power structure makes the decisions about how the public resources of the cities are to be divided among them. But it is bigger than the white judges, white prosecutors and all white juries. It is the entire system—the class in power—that is the problem.

Democracy, brotherhood in society, equality in rights and the economy, and universal education foreshadows the next higher plane of society to which experience, intelligence and knowledge are steadily tending. It will be a revival in a higher form of liberty, equality and fraternity. It will not be rich against the poor or haves against the have-nots. It will dispel the deep perception that the individual family, the economic unit of a faulty system, is the cause of the division in society. The truth is one class has nearly all the rights. The other class has nearly all the duties. We must confront this system at all costs. We must stand together—all for one and one for all.