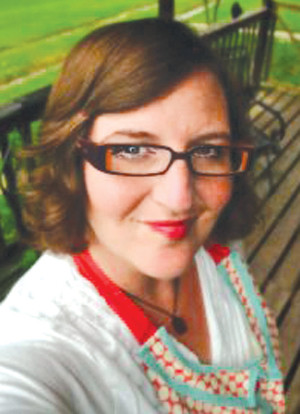 Lissa Lucas is running for the West Virginia House of Delegates from Ritchie County. This is the first time she’s run for office. There is natural gas fracking going on in northern West Virginia where she lives, and she said a key thing that motivated her to run is the plan by Antero Resources to build a fracking wastewater treatment plant and landfill a few miles from her rural home. She is running as a Democrat, but is unhappy with both the Democratic and Republican parties. She was interviewed by Bob Lee of the People’s Tribune. Learn more about her at lissalucas.com.

Have you heard of Minden, WV? Something like 215 out of 250 households there have had someone with cancer. That’s because back in the 60s they were disposing of PCBs there. So in my county they’re getting ready to put in an experimental frack dump. With fracking, they pull the water out of the creeks, they drill down, shoot the water out and try to split the strata apart, and when it comes back up that water is filled with naturally occurring radioactive materials and heavy metals and toxins.

They want to distill all that out and re-use the water for drilling, then they want to take the radioactive sludge and truck it somewhere out west, then they want to take these salts they distilled out and put them in like 500 acres of our hollers. And this technology has never been done before. And they put that frack dump within the peripheral zone of concern of the only drinking water intake in Richie County so far as I know. So in 20 years are we going to be the new Minden?

When they proposed the dump, they put a tiny little legal notice in the paper – if you don’t get the paper or don’t read the legal notices you’re not notified, and they don’t say we’re putting in an experimental frack dump. It’s called “Clearwater.” It’s scary and everyone I have talked to, no one has heard about it, and everyone is scared once they hear about it.

Fracking is the central issue in Ritchie County. If we don’t get this dump stopped my community’s going to be gone. There will be 600 trucks a day going in and out. But we can’t just stop with fossil fuels suddenly, we need to transition to renewables, but we need to do our best to make it happen as fast as possible….We do a pretty good job of saying we don’t want to poison ourselves on the left, what we are really terrible at is saying “and I care about your jobs.” Fracking is the lucrative job here.

I [decided to run because] I got madder and madder. I call my representatives, but they don’t listen, they don’t care. No one was listening to what I’m saying. You can’t get the time of day from anyone in office – if you can’t pay them to support your policy, they don’t want to hear about it. I’m not expecting to win in Ritchie County, but if I run and make a big noise, that will get in the paper and it will change the conversation.”

One thought on “We need a clean environment and jobs, says WV candidate”