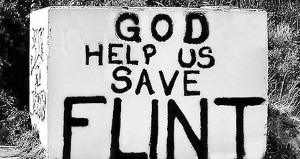 FLINT, MI — Giving new meaning to snatching Victory from the jaws of defeat, the Michigan Republican legislature is using the lame-duck session to undo the gains made by Michigan voters.

New legislation would gut the power of both the Governor and Attorney General. (Similar moves are being made in Wisconsin and North Carolina.) The bills would allow the legislature to intervene in any court case to protect the “rights and interest” of the State or Legislature.

This puts the court cases brought by impacted residents of the Flint Water Crisis in jeopardy! Under the outgoing Snyder administration, millions of dollars have already been spent by the state to try and delay, deny, or throw out our legitimate claims altogether. A new attorney general and governor gave hope to settling theses claims and begin to put this nightmare behind us. Furthermore, two state officials now face criminal charges for their role in the Flint Water Crisis. This could be jeopardized as well.

The latest Shenanigans by the outgoing state government is reminiscent of Michigan’s 2011 lame-duck session, where the Emergency Manager law was reinstalled after it was  repealed through a ballot initiative.

As this article goes to press, Michiganders are mounting as much public pressure as possible to stave off yet another blow to democracy. These actions include trips to the Capital, phone Banking, and more to stop this and other onerous lame-duck legislation.

In Michigan, we are still in Election mode!!