DENMARK, SC—Many residents of Denmark, SC, rallied near their city hall Jan. 26 to demand a solution to the poisoning of the town’s water. It came out last year that the city had added HaloSan, a pool disinfectant, to the water some 10 years ago. At the rally, other contaminants were revealed. Denmark supporters from other cities or states came or sent letters of support. Below are excerpts from some who spoke at the rally or were interviewed by the People’s Tribune’s Bob Lee, who attended the rally. Go to www.peoplestribune.org for longer excerpts. 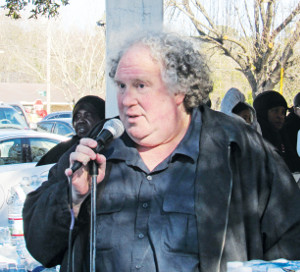 Dr. Kenneth Rudo, public health toxicologist for the state of North Carolina—You have been drinking water that has impacted your health, according to the [water sampling] records that I’ve looked at, going back 20 years. We’re talking about HaloSan, [but] you also have been drinking water for probably four or five or six years or more with chlorinated solvents like trichloroethylene and tetrachloroethylene. These chemicals . . . can cause kidney cancer. You also had gasoline in your water for two to three years at least, [and] MTBE, which in your body is changed into formaldehyde [which causes cancer]. You also had manganese in your water for many years, at least until 2017. Now let’s turn to HaloSan. . . . it shouldn’t be used for any human consumption, because there are no human studies on HaloSan. You need to [all be] under a medical monitoring program to protect your health. 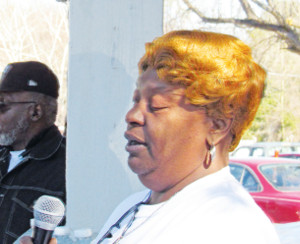 Remella Duncan, Denmark resident—“Denmark is my birthplace and I could not believe it when my skin started breaking out. I have bumps on my scalp; eye irritation, stomach pains that were unbearable. The doctor diagnosed me with kidney stones, which I never had in my life. I wash my clothes, I scratch. I shower, I scratch. It is the water. Our local and state officials would not get facts about what could or could not be added to our water to purify it. It is time for those who are responsible for their tragic act to be held accountable for their actions.” 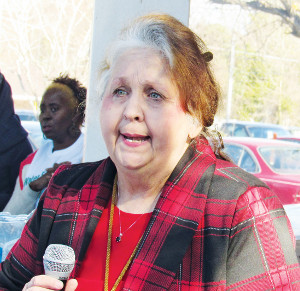 Johnnie Rosa, Denmark resident—I went up for city council three times, and no I did not win. But I knew in my last election many citizens here voted for me because I was trying to get something done about the water. I knew they were adding what they called ‘the powder’ [to the water]. . . . We now have found the poison that has been ‘the powder,’ that has been in that water and has caused me to have rashes, my husband to have rashes in his head and his body; my toilet, my tub, my sinks ruined; my clothes ruined. . . . So now let’s stand and arise and keep on keeping on. Justice for Denmark! 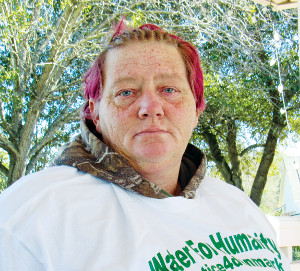 Lois Roberts, Denmark resident—“When I had my car wreck, I couldn’t even use the water to clean my wounds. Ms. Berry brought me Healing Springs water and that’s how I washed my wounds and took care of myself. The water’s brown, rusty colored. It smells, and messes up your clothes. It was so unfair. So we are here today and we’re gonna make a stand as a community. It’s time for the community to fight. That city hall needs to be cleaned out from the mayor to the administrator.” 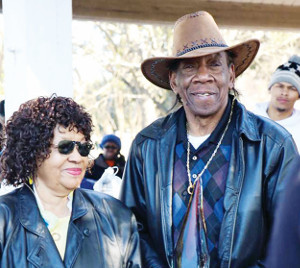 Pauline Ray Brown, Denmark resident who helped document the contamination—I contacted Dr. Marc Edwards in 2017. First he sent containers so we can test the water and we give them out to like 12 different people. And then he came to Denmark and we started testing water all over. They found magnesium, E. Coli, and lead. We had a 400 lead reading in my home; that was very high. . . . They got money to [replace the pipes], but they ain’t do the job. People dying around here from the water [from kidney problems]. People are suffering because they dealing with the money. They need to stop it.

Eugene Smith, Denmark resident who helped document the contamination—I got the lead [blood] test, and then it was on. Then I find out that my kidneys was failing me, I had high blood pressure, all kinds of problems. And [Pauline and I] decided, it’s time to stand up and let people know what’s going on. So we started, back from 2009 up to now, speaking about the water. . . . [We told city and state officials about the water] but they were saying that the water was good to drink. . . . We are still [documenting water samples] right now, and the stuff we see in the water is unbelievable. Something needs to be done now; we need some way to get water here.DeannDeanna Miller Berrya Miller Berry 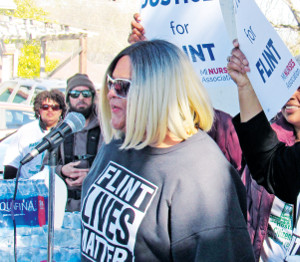 Joyce Ellis McNeal, Flint, Michigan, resident whose son died as a result of the water poisoning in Flint—My son was begging me for his life. His face was peeling off; all his flesh was being eaten away. . . . Your political system failed you, government failed you. . . . Water belongs to God. We the people, you gonna take it back. We are not going to let them contaminate our water anymore. We’re talking about a totally corrupt, disaster, dirty capitalism. Your water is a commodity . . . It’s the responsibility of the government and the people that poisoned your water to rebuild trust. Get up and vote. Get them out! 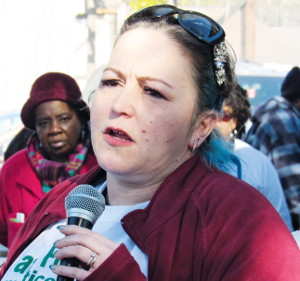 LeeAnne Walters, Flint, Michigan, resident who helped expose the water crisis there—The biggest thing that we need in the US is water has to quit being the new gold; it needs to quit being something to profit off of. And it is going to take Flint, Denmark, and all the other cities across the US that are having these problems to stand together, to work together to where we can make water a human right. Everybody deserves clean, affordable water. 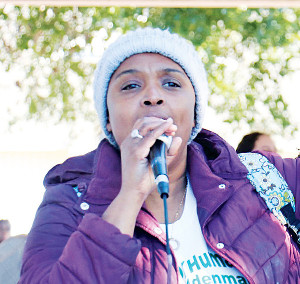